"This meta messed with my mind one time and made me destroy my house... I must go after her again without any kind of psychic protection. That's a great idea!"

Seroiusly, man. How many times?

I think the worst part about all this... Is the fact that I, TOO, CANNOT REMEMBER THAT JOE DIED This is no joke, I really don't remember. It made watching this episode a little trippy.

Wow, an actually good epsisode for once. I'm impressed.

Thing about Joe though
Barry clearly doesn't remember that Joe died, and his friends, who have been told he's going mad already, instantly get insulted by the notion that this man who they already think is losing his mind is having trouble remembering things or being able to accept them as having happened?
Also, why does he never even once ask the question "why can't I remember that Joe died?" instead he just goes on about how how he absolutely isn't.

Although I like what they're doing in regards to that, the reactions of the other characters, and Barrys dialogue in that one circumstance is badly written.

What are the writers doing? So Barry hears that he is about to go gaga and the first two things he does is chasing a meta who can drive him crazy in a instant, instead of leave that task to someone who hasn't been accused for destroying the earth yet. Great idea!

And then that thing with Joe :

When you hear something you can't believe, wouldn't you ask at least once "how" could that happen and "why"?

And btw: Am I the only one who wonders why everyone immediately reacts insulted to Barry when he talks about something he obviously doesn't know about ?

Things might make sense if Barry is still trapped by Xotar and it was all just an illusion from the point they first met. But then what would the point of this episode have been?

Am I the only one who thinks that everything that has been going on is not really happening? That it is all only happening in Barry's mind? Barry's fears, S.T.A.R. Labs being lost, Joe being dead, it being him who looses control and hurts or worse, kills civilians. The way that his friends are reacting to him when he learns that Joe is dead is not the way that they would react, it's only the way he fears that they would. But these are just my thoughts. Besides my other comment.

I have to say that I liked the one thing that Chester had written on the board (about Despero). "Super intelligent - getting help? Just future knowledge? (Maybe not so smart - maybe he's just Biff w/ the sports Almanac?) lol

very excited to the next episode

The episode was generally good.
But, I don't like the idea where Metas who have so much power use their power to perform petty thefts. it's just foolish and ridiculous. Why don't they have a brain?

We've seen before stories of people turning on the hero but I like this trope. So far, it's a good start.

I'm not loving this... at all. I feel bad for saying it because The Flash has been one of my favorite shows for a long time but this episode was just so very weak. I can't stand these types of storylines in whatever show really. I never like it when the hero of the story is questioned by the rest. 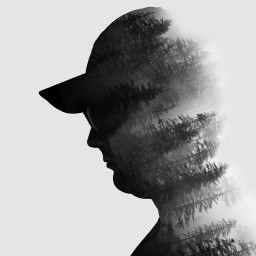 That's stupid writing. They had to fight psychic metas all the time and developed mental protections against it (these head-bands). So why the hell does Barry try to fight a PSYCHIC meta WITHOUT this protection? TWICE? Seriously?

While I guessed the twist last week from a small reference, I still think it was well done and is setting up a really interesting story. I was not much of a fan of last season, but this one's definitely drawing me in better. I also think the crossover stuff they're doing feels a bit better handled than some of the previous cameo stuff they've done.