Hate to be that guy but that scene towards the end with Shane "appearing" on Cassie's flight is total bs. Flight attendants, before even going to the plane, meet up in the airport together with the flight crew, usually in a office called crew room to discuss the day ahead (destination, weather, passengers, etc). You just don't show up in the plane for work as an FA and just casually meet colleagues while onboard lol.

The ending wrapped up every loose end way too nicely and neatly, I would say.
Cassie wasn't prosecuted for all the crimes she committed along the way. She apparently didn't even suffer from any withdrawal symptoms since she quit cold-turkey in Italy. And somehow she got recruited by the CIA...

Well, the Megan subplot was every bit as stupid in the end as I thought it'd be, and more. Not only was her motivation almost entirely nonexistent, but there wasn't even any real resolution to any of it. It was as if they got a couple of episodes into this thing and realized that they didn't have enough for the actress to do so they rushed out this mess overnight. Other than that, though, it was okay even though I was expecting three corpses to be wheeled out of that Rome hotel room and there ended up being none. Go figure. But really, the highlight was that Cassie might -- just might -- be on the right path to putting her messes behind her. Because while I found Dumpster Fire Cassie to be hilarious at times, the whole thing was beyond sad once you thought about it for more than five seconds.

A fun season! Is this a one season and done show? or will there be more .. ? I'd take more 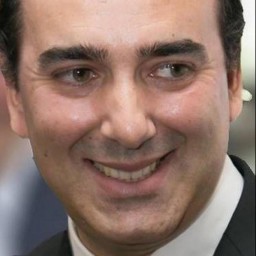 Expected more from the ending. At least there’s loose end

I think I was expecting more, the finale ended very simple. I'm glad that Cassie is getting better and now has two jobs apparently.
Zosia did a brilliant acting on this show, loved her hahaha.

So, basically all the plot about Megan was just to justify how Cassie is saved at the end by Shane I think the idea is good but it never solidifies. KALEY Cuoco's acting is good though.

So so so good! A very nice and cool way to wrap everything up but also a good set up for season 2.
I don't even have much to say cause it was so good, I'm just gonna say a couple of things about the characters:
SHANEEEEE!!!! that twist was cool, but we gotta admit maybe he's not the best agent cause even if he had a different target (Megan) he could've done a better job keeping an eye on Cassie and then he let Megan get away, cool guy and good friend, maybe not the best agent
Megan was way too judgmental of Cassie for someone who is you know, a NK spy! I get that she worried for her as a friend but she gave her so much bs when Megan was in a bigger pickle!
I know Jada was like... wtf is wrong with all this people.
Miranda is my favorite villain/assasin ever!!!!
This show is so good that it could've been from Megan, Miranda or Shane's perspective too and it would be good!!!
I can´t stop laughing at that last dinner scene when Cassie tells Annie she still has a job and Annie is like "...cool" that's how I feel about all my friends having jobs except me hehe
And the italian guy felt a little extra, same w his grandma, maybe he needed a more active role before this episode, but I'm glad he's ok cause Cassie was exposing him and making the same mistakes, so I'm glad he's safe! same with Max! a death would really ruin the mood of the show.
I'm so glad Cassie got to reconcile with her brother! that airport scene was so heartwarming, and then the ending scene where she goes back to the room but with a different perspective and coming out the other side stronger!!!