It is just so harmless in comparison with today's sitcoms.

The "comedy" serie that makes you laugh, think and cry. The Fresh Prince Of Bel-Air does a really good job at discussing real life issues like drugs abuse, firearms, racism and more, but still with some good comedy.

The reason I like the Fresh Prince Of Bel-Air so much is because of the good cast. They complete eachother and that's also something you can see in the episode "I, Whoops, There It Is" in season 6 a.k.a. the blooper episode.

Some of the episodes can really surprise you. Starting off light and with comedy, hitting you right in the feels a few minutes after, so always be aware.

The last episode was the sadest one. Not that everyone moved on with their lives, but the moment everyone got honest. Will being scared of losing another family. Uncle Phill finally telling Will that he's a son to him, Will watching Carlton do the Calton dance and letting him do it. Geoffrey saying he will miss the family in his own way and still carrying Hilary's bag when he's off-duty.

All the actors are really good at acting and I sure will miss James Avery. May he rest in peace!

I surely wish there were more series like The Fresh Prince Of Bel-Air.

Childhood in a nutshell. Pretty much one of my favorite shows ever.

Literally the first TV show i watched when i were just a kid. The best cast in this one literally funny to see younger Will Smith.. Old but gold. 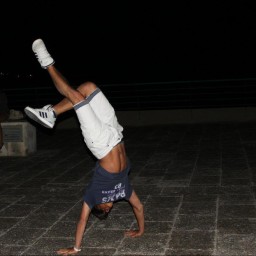 I don't recommend this series to the faint of heart, because this show will literally make you cry on the last two episodes... Damn I miss this show so much

I never knew will smith was born from here !

Glad to have caught this from one of article depicting shows with best intro !

The series reminds me of my childhood. I love it. Watched it again last year and laughed a lot.

I always wished there were a Season 7 just to have Will and Carlton graduate from ULA college. That would have also been when Ashley graduated high school (I believe).

Quintessential 1990s sitcom television in my book and it never gets old. I can still watch it as evidenced by having the Complete Series on Vudu. I loved the Carlton Dance and when Jazz got thrown out the door.

I think the quality lowered after they changed the actress that portrayed Aunt Viv. They said the original actress was being a bitch backstage and wanted the spotlight over Will, so the change was probably for the better, but that caused the show to decay.

One of the best shows ever made.