The Night Of: Season 1

Bit of an anticlimax in the end.

second best show of the year ( after Stranger Things ) .

Most ppl found the finale anticlimactic, although I would be inclined to agree I also found it refreshing because it was an ending that was more true to real life; Not a happily ever after fairy tale ending you would normally get.

That last scene made me happy and sad at the same time :)

Fantastic series overall, but I was a little let down by this episode. I'm surprised it has such a high rating. 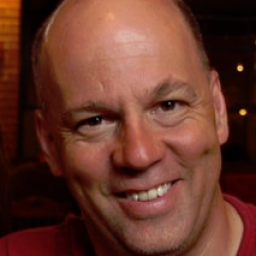 In the end, it ends up being a fairly standard crime drama that moves at a really slow pace - something I'd normally not watch. I'll give it credit that it kept me interested and watching to the end, but all told I didn't find anything special other than Turturo.

really enjoyed this series. kept me on my toes the entire time. suspected almost everyone, including the cat. actually got thrown by the 'yellow king' being the judge, first instinct was to think he somehow did it. still don't get why the hell the lawyer woman kissed naz out of nowhere or smuggled drugs for him in her vag, weird as hell. i guess for the same reason the dead chick was into getting cut with a knife? crazy women amiright? funny stuff. on a serious note, i stopped being bothered by how much screen time and focus the itchy problem and the cat had gotten, in the end i really felt for the poor guy, and him taking the cat back was a nice touch. i still don't know why the badass dude from the prison (i'm bad with names okay) sent the dvd, i guess he was trying to help, but it's still strange for him to get involved like that for someone he barely knew. then again, it's human to want to build connections, even in such harsh surroundings as prison, maybe especially there. the weirdest thing is that naz got released even without the evidence of the ex's involvement. but that's the jury court for you. makes as much sense as the american electoral system. but anyway, was a bit disappointed that naz didn't remember what transpired during his blackout. would have been kind of cool if he was free but remembered that he actually did kill her. but then again, that would have been some cheap drama pulled just for the shock value. the show isn't about twists and turns. it's a pretty human story, a big irrational at times just like people are in real life. in the end was the main character, shunned, addicted and corrupted both on the outside and the inside, really absolved? we don't know for sure that the other guy will be proven guilty, so there's a chance that he and his parents will forever wonder now if he actually committed the murder. either way, nothing will be the same for him now. does he deserve it for chasing some hot piece of ass, taking drugs and playing dangerous games just to appear cool and to get in the chick's pants? well who's there to decide, but either way it was really fucking stupid. and on that note i'm gonna leave this stream of consciousness and fuck off.

I cannot agree with the others here. I thought this was a very fitting and a wonderful finale. Lots of suspense until the last moment of the trail. 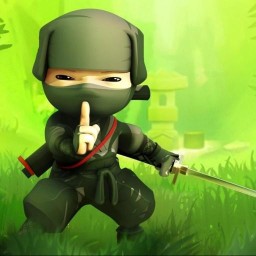 Great finale IMO. By far the best show off the year, so far. Each extended scene in this episode was so gripping. Wow!

American Crime Story still is the best jury drama of the year. The Night Of was a series of more lows than highs.

What a disappointing ending to an otherwise tense show. I hated the ending, however cudos to the last shot of the cat.

Great series but thought this final episode was a little soft. Was waiting for a "Keyser Soze" moment that never came.