[7.3/10 on a post-classic Simpsons scale] I remember watching this one shortly after it aired, and thinking that the folks behind the scenes still needed to work out the kinks of using a four act structure. That criticism still stands. There’s a lot of entertaining bits here, but not really any stories. I’m all for a good laugh-worthy pastiche, but The Simpsons has done better with these “three stories”-type episodes in the past.

My favorite of them was probably the Snow White parody. It was aimless fluff like the rest of it, but parodying a specific film, while also poking fun at Disney’s copyright-enforcing zeal, made for a lot of good gags. The songs were silly and fun, and the fractured take on the fairytale was thoroughly enjoyable.

My least favorite segment was the first one, featuring Selma as Queen Elizabeth I. There was some decent wordplay here and there, but it epitomizes the show’s scattershot approach to its stories, with the closest thing to a throughline being the romance between Sir Walter Raleigh and the Marge-like handmaid.

Likewise, the Fountainhead spoof had some mileage from repurposing the story to a daycare setting, but was too rushed to really get much juice out of the premise. Still some decent laughs and visuals though.

Somewhere in the middle was the Macbeth homage. Frankly, I love the idea of telling a story about a theater troupe putting MacBeth where one of the players’ wife encourages him to kill the other cast members to get better parts and more notoriety. That’s a setup for some superb black comedy. This one also felt like it got the most time. The catch was that a lot of the gags were just so-so, with really only Homer’s Shakespeare ignorance despite playing Macbeth himself getting a big laugh out of me.

Overall, this review makes it sound like I enjoyed this episode less than I actually did. This is filled with segments that are more a collection of random sketches than actual stories, but those sketches were light and funny enough to pass muster. 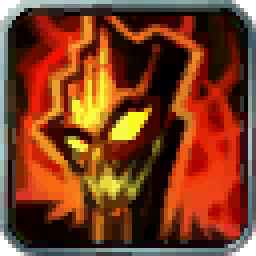