4x14 Brother from the Same Planet 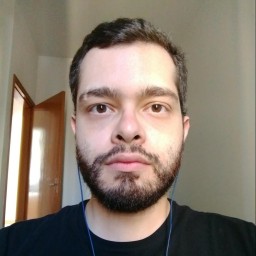 My two favorite jokes from this episode:

[7.7/10] This is kind of a strange episode. Homer is bad to Bart even by his standards, so their falling out makes sense, but the feud is also kicked up and resolved in really over the top ways. The introduction of the “Big Brother” and “Little Brother” is almost comically over the top in terms of how great/sympathetic they are respectively. And then you have an odd but cute little B-story about Lisa calling a 900 number for a teen heartthrob too much. (Do they even have those anymore? Do kids still say cool?) This is far from the tightest, most relatable, or most resonant Simpsons episode there’s ever been.

But good lord is it funny! That’s the thing that kept so many of the show’s shaggier episodes from being anywhere close to bad even when there were odd or lumpy elements to them. If you can stifle a laugh when Homer imparts his “wisdom” to Pepi, or the show pokes fun at SNL for one-joke sketches that go on for “twelve more minutes”, or a dolphin gives Homer his just desserts (er...just hotdog) for teasing him with a fish, you’re made of stronger stuff than I. As loopy as this one gets in places, there’s just too many laughs in it for me to rate it as anything other than very good.

Still, “Brother from the Same Planet” is also downright bizarre in places. That starts with the episode playing Homer and Bart’s father/son feud like a pair of jilted lovers in places. I totally cracked up at the show doing an homage to Who’s Afraid of Virginia Woolf, but it’s a pretty strange framing, and that goes double for Bart taunting Homer with the reveal that he was “faking” his enthusiasm on the swing. There’s something vaguely transgressive about it, and it went totally over my head as a kid, but it’s just part and parcel with a weird, outsized quality to this whole episode.

Take the Homer/Bart feud to begin with. Homer completely forgetting to pick Bart up from soccer practice, and Bart resenting him for it is a solid start to an emotional conflict between the two of them. Hell, even Bart going to the “Bigger Brother” organization to find a replacement father is, while a little out there, at least well within the bounds of a TV sitcom. But from there, it escalates into a “woman-scorned” like game of one-upsmanship, Homer finding his own surrogate family member, and a comical fight scene through an aquarium, antique shop, gorge, and downtown Springfield that ends with Homer bent backwards over a fire hydrant.

Why does that resolve things? Where’s the emotional truth in any of this? Who knows! The best you can say is that Bart realizes things have gotten out of hand, and maybe appreciates that his dad was fighting for him? Even that feels strained. Maybe it’s simply that Bart and Homer are birds of a feather, and so despite their mutual anger, they just can’t stay mad at one another, particularly when Homer is in such a pitiable position at the end. It doesn't make much sense, but that’s just sort of this episode, more content to use the premise as a spine to hang jokes on than to find a real character or relationship trajectory.

What jokes though! This one has so much outsized humor. There’s a nun who flies away and explodes, an ersatz female version of Homer (maybe his half-sister Abby rolling through Springfield?), Homer tossing starfish like they’re throwing stars, him and Tom tussling both up and down Springfield Gorge (the third most beautiful gorge in the state!), references to 1930s movies, Skinner having a maternal breakdown Psycho-style, a commercial where a son and his adoptive father play catch of his biological father’s grave, and dozens of other dark and out there gags. They’re all funny, so it works, but this is definitely an episode where the tether to reality is pretty loose.

There’s some solid character-based comedy here too though, especially from Homer. Him adopting Pepi out of spite and giving him the world’s worst pearls of wisdom is a big laugh, and his rationalization that he and Bart could argue about “who forgot to pick up who till the cows come home” is a comically inept evasion.

The Lisa B-story is slight but sweet. It doesn't even arrive until the second act, and even then it’s only a few scenes. Still, the gags about the inanity of the actual hotline (advertised in Non-Threatening Boy magazine no less) and Lisa’s addiction are solid yuks. The show does a nice sonic representation of her “stick it out till midnight” game of cold turkey, and her making it through while calling time and temp ends it on a high note.

That’s just one of several nice audio visual touches in this one. The transition between the square bathroom tiles and the netting in Bart’s soccer goal as Homer drifts off is great. Likewise, the musical stings and camera shifts from Lisa’s predicament, to Bart hang gliding in the sky, to Homer watching with binoculars give this one a flavor beyond simple cuts between scenes, that helps sell the drama.

Overall, this is a really odd duck of an episode, but also an incredibly funny one, so while I’m apt to nitpick the things big and small that don’t work here, I was also laughing too much to really care.