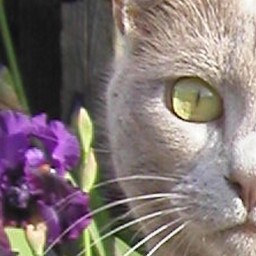 The scenes in the trial are beyond ridiculous. The lawyer is testifying, and the police detective witness just speaks freely when not even asked a question. And that’s because the defense lawyer isn’t bothering to actually ask questions! And nobody on the prosecution objected to the fact that actual questions aren’t being asked and answered, unlike any trial I’ve ever seen.

Would it have been so difficult to get some trial attorneys to look this over and help them make it look like an actual trial?

Out of respect for the talents of Hugh Grant and the former talents of Nicole Kidman, I will suffer through the final episode of this extremely poor show. It's as believable and well-written as an episode of Prisoner Cell Block H. Absolute tosh.

Oh that’s convenient that they reveal Henry saw them at school. I mean are some high school film students writing this script.

Okay totally unrelated but could you imagine Haley Fitzgerald and Annalise Keating against each other in court??? Cause obviously Haley is a great lawyer, and I feel like Annalise never went against a lawyer as good as herself, cause the “passionate” lawyers only hated Annalise cause they were like threatened by her but this imaginary show off would be awesome! I know this has absolutely nothing to do with the show but I’m like damn that’s a good lawyer, maybe we can get a show based on Haley and her legal firm???? That research her team does on the juries was so interesting!

I'm having so much fun with this one that I'm even willing to ignore how the defense attorney allowed witnesses to just ramble without making any attempt to control or direct the narrative that they were offering. Too funny. As for the mystery itself, I predict that that last-minute twist won't amount to anything.

I also found it amusing that, early on, the Reardon dean whom I still suspect showed up just as the news video that Henry was watching had someone asking, "Do you have some idea who did?" Heh. Too obvious? Probably. But I still like the idea. So here's my theory. It's still the dean, and Henry found the hammer somewhere on the school grounds and took it for some reason.

And on an unrelated matter, I wanted to reach through the screen and slap Jonathan's mother for incorrectly and arrogantly stating that "none" is singular when it can, in fact, be either singular OR plural.

Please someone tells Nicole Kidman she looks ridiculous. She can barely moves her mouth and her eyes. She looks like a manikin