The Wheel of Time: Season 1

Amazing first 3 episodes of the show. I can’t wait to see more.

As an outsider looking in (i.e. someone who has not read the books) I really enjoyed watching this show. First episode started slow (maybe not in energy but there's only so much battle scene one can watch until it starts to get boring) and now it feels like the show has evened out and we understand the context of the story and the dragon.

I was just starting to get into it though and the next episode isn't out until next week. I should have just waited and binged it when it's all out lol

I really didn't like what they did with Perrin's Two Rivers life and Abell Cauthon but at least for Perrin, by episode 3, I can see the narrative choice - it gives something more for the 'Ember Eyed Man' (who hasn't been named in the show yet, and even with double spoiler shielding here, I'm playing safe) to torture Perrin with in his dreams. Still sucks we didn't get to see the Luhhans, though. Also wish they'd chosen a different name than 'Laila' for this new wife - it's a bit similar to, well, if you know you know.

Backstory twisting aside, I can appreciate the other narrative changes for the sake of brevity and audience understanding. It's honestly just so surreal that The Wheel of Time is on my television. Read the books as a teenager and cough well over a decade later, it's in front of my eyes.

I have never read the :books: but I'm really enjoying this show,looking forward to more episodes. :thumbsup_tone1:

I've really enjoyed this so far - the characterisations have been really good and Thom was just perfect here. I have read the first 3 of the books in the last year so am fresh on both and I think they've done a really good job adapting it.

One of the things I love so much about this series is how much you despair in the ineptitude, boorishness and general git behaviour of Rand, a character position that you normally support in a series. It's nice to see the TV show stating true to that.

I am struggling seriously with the picture quality though, it seems like it's been shot on grainy 35mm then had HDR enhancements thrown on top and then compressed to hell. It's a crying shame.

Do they really believe that the professor can play a 20 year old boy? 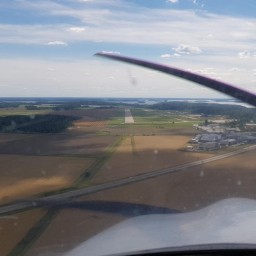 it's not released yet. It's off by 18 hours or so. where is the data coming from?

This episode adapts one of the most surprising and memorable moments from the first book. I really liked what they did with it, tbh. This adaptation is incredibly competently written. Too bad about the CGI.

That was pretty boring. Can Moiraine wake up already and do some cool stuff again?

Without the benefit of the moving song from last episode, this one was rather bland. It is nice that Nyanaeve is back, it seems that she took a level in badass, managing to kill a trolloc single-handed and without any use of magic. So far, I like her and Egwene the best of all characters. Perrin was my favourite one of the boys in the novel, but in the show he is rather boring and always has the same pained expression on his face. I am not sure whether they he meets the man who tells him that Perrin can speak to wolves or the gypsy-like peace-loving people first, so it was a bit disappointing that nothing more about his special relationship with wolves was shown in the episode. I have somehow imagined the Tuatha’an as more "elvish" and otherwordly though maybe I misremember something from the book. Thom is also rather disappointing, he is a bard but apparently he cannot sing very well, only sort of bloats. Maybe he would be better as a character if he was not shown singing but now we know how bad he is at that.

It is a bit sad that the most interesting character in the episode is the Darkfriend Dana, who even wasn't in the book. She is rather likeable, sometimes funny and flirtatious and then melancholic if it suits her purposes. Even when she declares her allegiance to the dark lord, she still sounds quite convincing, claiming that she wants to change the world for the better and the boys almost believe her. I wonder whether she is a callback to "The Game of Thrones?" She uses the phrase "break the wheel" exactly as Daenerys in GoT, and her name also sounds similar to Dany.

Absolutely nothing happened in this episode

It’s been so long since I read the books I’m watching this as essentially a novice to the story. I think the first three episodes have been pretty good, the CGI is top notch, the characters are starting to develop and I think we’re in for a good fantasy show. I was devastated when Tom Bombadil was not in the Lord of the Rings but when a book series is as vast as Wheel of Time, there will be decisions made that sees significant chunks of the books excised. Watch for the story to unfold and enjoy the adventure, you won’t be disappointed.