The people who are hating on this don't understand it's parody, right? Cause it's so obviously ridiculous from the beginning, I almost choked laughing a couple of times.

In the middle of episode 7 I thought to myself “Could this get any worse?” Bingo! It apparently can. I wish I had been drunk the whole time. Or better yet, drunk watching something else.
P.S. Stop telling people they didn't like it cause they didn't know it was a parody. I didn't like it and I knew it was a parody when I watched it. And no, parodies aren't supposed to bad. Get over it.

Love how the first 3 votes rank this low despite not releasing it. How are people not aware this is going to be a parody? “So rear window told yet again..” Yikes, dude.

What's with the negative reviews? I thought this was really good!! 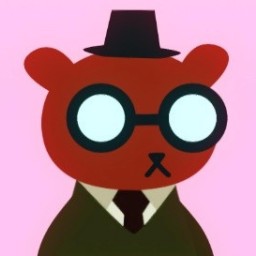 The parody components are, in my opinion, too mild to be truly ironic, which just makes this a bland remake of The Girl in the Window with some gnarly events every now and then.

This was a fun satire that was just entertaining enough to keep me invested until the very end. A mixture of not being sure what's real or not is always a fun way to keep an audience engaged. That being said the ending was very disappointing, unfortunately. A solid attempt but stumble due to trying to "subvert expectations"

The ending doesn't really give much closure, did the father know his daughter was a serial killer? Did he help her cover it up? Did I miss the part where the daughter gained superhuman strength? How did she dispose of the body of the flight attendant she killed without raising any warning or fight a full-grown adult (Anna) head-on and be a threat? There is no way a child is strong enough to support any of this, I know it's a TV show but come on. could have at least given her an accomplice.

I’ll tell you what this series is not:
A parody
A comedy
A dark comedy
A thriller

The title is maybe a parody of a bunch of movies but it implies funny. This movie is not funny.

Kristen Bell does a great job of acting, however there are some fundamental problems. The writing is flat. The supporting cast is flat which means the director phoned it in. Sets are cheap and it has a mass produced feel.

It is trying to make fun of “lifetime” movies and comes off welll . . . a lifetime movie.

If this is what a parody movie looks like targeted to women, it is lost on women. My wife hated it - even with Kristen Bell. It’s not a date night film because the “parody” is lost on men who will never watch “Lifetime” movies.

You have to take risks to make a good film. No one took risks here. The star is not enough to save this film. 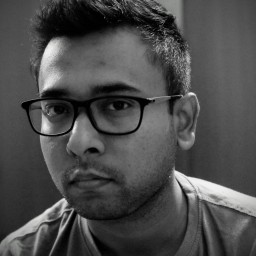 Hahaha this was incredibly funny (at times). The problem is that it takes itself too sincerely sometimes, making it difficult to understand it's a parody.

I liked the parody theme and the little Easter eggs throughout the episodes. It had a good mix of very subtle humor, mystery, thriller and neighborhood drama. I almost believed she was in an insane asylum imagining all this happening because of how ridiculous some parts are. There are some minor flaws, like the handyman storyline was strange and the twist of the insane little girl coming out of nowhere-ish. But I thoroughly enjoyed watching it. The ending hinted towards a new series too, so here's hoping!

6.5/10
Very strange mild parody tone can be a bit jarring. Definitely nails making you go straight into the next episode from the cliffhanger.
The twist was a little predictable, but fit in well with the slightly surreal tone.

The parody components are, in my opinion, too mild to be truly ironic, which just makes this a bland remake of The Girl in the Window with some gnarly events every now and then.

Allegedly supposed to be a parody which sure but also it wasn't. It felt like it was just trying be exactly the same as The Woman in The Window without actually adding anything to the concept except for a ridiculous name. If you ignore that it is a fine show at best, if you factor in that it was supposed to be a parody, it's worse

While at the beginning I was intrigued by the premise of overcoming grief by obsessing over someone and essentially having the protagonist be not only an unreliable narrator, but a bad person as well, it all spun out of control by the end. The last episode had me rolling my eyes so much that now I won't be able to get lasik anymore.
Also them wanting to introduce another seed for a possible season 2??? What does this show wanna be, a soccer mom playing detective for real?????

It took a little while for the show to find its footing and get the right balance, but it really got it in the second half. Especially the last couple of episodes.
Good characters. Fun mystery. Worth a binge.

this was not good. lmao .

The wife and I went into this thinking it was serious. Quickly some of the details of the plot and characters seemed quite silly and hard to believe. But hey, we wanted to see where it was going, it is not that long anyway.
By the end of it we just thought it was dumb, was not making sense and I was about to rate it like the second worst show I saw on Netflix (worst? The I-Land). Then I read the IMDB comments and saw this was a parody.
So here is the thing: it is not that funny at all, so you could think it's a total fail anyway. BUT then I started to think about some of the plot twists and details, and I thought to myself: could it be the genius of it that is is stupid, but never completely a spoof? Am I the stupid one for thinking they were serious with this? It looks somehow that I got played, and strangely, this got me thinking a lot, and it is more than I can say about a lot of shows.....Wait, maybe the I-land was a parody too?

Absolutely lame. Would have rated 6/10 if it wasn't for he final, sooooo stupid, still can't believe it. Don't waste your time on this.

:heart:x7
This was fun. Lots of red herrings tho. I however didn't fall for any of them ;p . 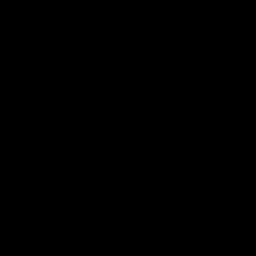 This show is soo good cause everything is unrealistic ! And it's not taken as a comedy or a parody but as a satire of the genre, which a LOT of people didn't understand (the comment here are so ridiculous) ! My favorite part : Bring you kid at work ! (Which end dead and eaten by a serial killer)

I put a 10 at this show, cause it doesn't deserve the actual note put by viewers who didn't understand the concept...

Really good show that isn't meant to be taken too seriously.
Has funny moments, no really LOL moments though.
Short 30 minute episodes means you can easily binge the season in one night.
9/10

Love a good mystery, add some comedy and this was amazing.

I know this is a parody but sometimes it still felt too on the nose and wasn't really that funny to me. I think this would have been better as a movie vs a series (even if it was short). Loved the cameo at the end though! But I probably won't be watching a second season.

I laughed my a** off! Literally crying

the worst show I have seen from start to finish.

I started watching this because basically everyone else in my office either watched it and I felt like I should step away from the "office weirdo" role who brings up Uncut Gems and Punch-Drunk Love when Adam Sandler is brought up.

You should've seen the look on my coworkers face when I told her this was meant to be a parody. She had no idea! Crazy!

Anyway, I can almost see how someone doesn't get this is a parody as its maybe one of the most subdued parodies I've ever seen. I understand that was the central idea behind this, and I think it makes for a fairly interesting product in that way. The downside is that the central mystery isn't interesting enough to carry this as a serious work and the parody elements are often too infrequent to make this something you watch as a comedy.

Kristen Bell is truly excellent and she's basically what makes this remotely worth watching. At eight 25-minute long episodes, it goes on for way too long and it's a perfect example of why so many new shows should be movies instead.

Basically, this is a mostly unfunny comedy that goes on for way too long. I liked the GoodFellas sequence though!

I get why are a lot of people don't like it. I liked it because it was an okey mystery - besides what it was supposed to be. It kept me interest to watch it straight through. They weird moments a very subtle and ... well weird. It's not funny in a laughing way but keeps you guessing: did I miss something or are they serious. And if the serious this sucks - but are they. I've just started to to watch it because I like Kristen Bell and read the comments afterwards. The reveal was a bit lame but also fitting. Just watch it and don't read anything about it (too late i guess).

so...... Rear Window retold yet again

Ong, the script is so unbelievable and stupid, don't you dare to watch it! You have warned. Spoiler alert :THE KID DID IT! Why? Ask the mentally ill script writers!