What an ending to a fantastic second season. Timeless has done what most other shows can't do in their sophomore seasons: Be better than an already excellent first season. If NBC and Sony don't renew this show for a third season, I'm going to go crazy.

Hell yeah! #RenewTimeless. I know networks prefer procedurals, reality shows and Shonda Rhimes “shows”, but Timeless is a living proof that we can have top-notch quality sci-fi on the big networks. The last 30 seconds made me jump from my seat and that has not happened in a really long while. I know that whole season was already a miracle, but I really do hope we’ll get a third season, even if it’s another half-season (less episodes, better quality, works for me).

Also, Lucy might have become one of my favorite characters. :)

Fantastic episode with a big cliffhanger. Lets hope it's renewed! 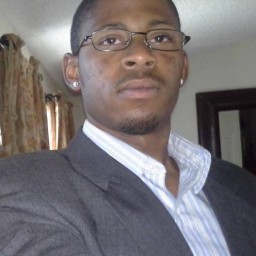 This was a very good episode and I hope that we can get more seasons because, this show is really that good.

Solid episode with a superb and unexpected ending, that sure got me pumped for more (full disclosure: I find this show to be rather average). Too bad it was cancelled (allegedly definitely, this time). Fingers crossed for that two hour wrap-up movie they keep talking about...

Anyway, one thing bugs me... How could have Jyia written down for that picture the exact coordinates where the time machine was hidden, since there were no GPS satellites in 1888? Was there any other way to get coordinates back in 1888? Using an astrolabe, maybe? Even so, how'd she translate that into actual coordinates? Yes, I'm nitpicking.

First, I'm not a fan of a cliffhanger at the end of a season. They should wrap a season nicely. Especially it's cruel and wrong to end on such a big cliffhanger where they are not sure that they are coming back.

Also I don't know if I like when they break their own rule. The rule that they can't go to a timeline where they already exist is the strong point of the show. They shouldn't break it.

Sure, going through all the trouble of having your 1888 photograph added to a book to signal your team the exact time and place where you're stranded, but then adding "Don't come" to it in Klingon, is the best way to get them to not come and find you.
This was such a dumb episode with so many plot holes and bad writing. Too bad. The rest of the season was pretty decent.

I have just now realised that this was the original ending of the season! The episode itself makes a lot more sense now. I’m both thankful for the two-hour special and heartbroken knowing this is the end of the line.

(This comment is largely copied from last episode due to both being aired at the same time.)

It's about time Rittenhouse made an actually intelligent move. And props to Jiya showing some brains, too. Though, it would have been smarter if she had thrown up the second she was alone.

I call BS that for 130 years, those branches stayed perfectly in place and not a single curious person on a hike ever thought to look inside them. Absolute BS.

Well...that was a turn of events. Rittenhouse should've eliminated Emma when they had the chance. Since both Carol and her grandfather are dead, Lucy really should take charge of Rittenhouse. She can change it to what she wants it to be. She can use the technology and resources to right history and undo their changes to it.

Rufus is dead and everyone is traumatized, but yeah, now seems like a good time to talk about relationship issues.
The upgraded Lifeboat looks NICE. I like future Lucy's look more, but present Wyatt's baby face needs to stay.

Not bad as a season finale. I can't say much in that regard since I'm watching in the future (over a year after it aired), so I already know the show has been cancelled for good and got a 2-hour special to wrap things up. I think they should have gone for a more definitive yet open-ended finale. It's pretty bold of them to end on a cliffhanger and with so many unresolved issues after the show was BARELY brought back for a 2nd season. There was no guarantee or even true likelihood that the show would get a third season, so it was just tasteless for the writers to end this season as though the would. If not for the 2-hour special, THIS would be the series finale. Fans would be LIVID. Hopefully, the actual series finale wraps things up nicely. Though considering all the loose ends and unanswered questions, I doubt the writers are going to be able to cover all--or even most--of their bases in just 2 hours.... 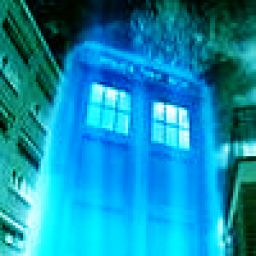 This show should be picked up by someone. #savetimeless