"Amy, the gates of Hell have opened and you’re my plus one"

[8.7/10] A lot of tightly-written in comedy in this one, between the irony of Selina pushing the press not to invade her daughter’s privacy at the same time she’s unwittingly in hot water for having invaded another young woman’s privacy, and the search for who will fall on their sword to take the blame for the “MediLeaks” scandal.

Ben and Kent have slowly become some of my favorite characters in the whole show. The mouth on Ben, between his well-written insults and retorts and profanity, is attention-grabbing even on a show where digs fly with reckless abandon, and Kent’s robotic but pragmatic approach to everything has a dry comedy all its own. Seeing the two of them deal with Dan over the past couple of seasons has been especially entertaining, and the way they break the news to him that he’s fired was a real highlight.

By the same token, Jonah and Richard make for a great pairing as well. The plaudit-seeking Jonah paired with somebody as sycophantic, earnest, and positive as Richard creates a nice balance of comic energy. The two of them conversing with the fireworks guy was an very funny scene that got much of its force from that.

Overall, one of the funniest eps the show’s done.

Screwed over by the Police. I'm Rodney fucking King. 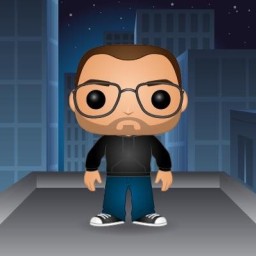