Hoped for a better ending :(

For all the flaws this show had after Ragnars death I think this is a decent and saitsfactory ending. And at least they didnt ruin the legacy of (and my enjoyment in rewatching) the first seasons like a certain other show. The first three seasons will always remain one of favorites of any show ever.

Out of all the deaths, I didn’t expect Ivar’s to be the one that would get me. His talk with Hvitserk, his admission of fear, a great performance by Alex Høgh Andersen :clap: Couldn’t help but shed a few tears..

I loved Floki telling Ubbe that he looks like Ragnar, their talk on the beach was a bittersweet end to conclude the story.

This show has had its ups and downs, it especially suffered in the last two seasons, but I think we got a somewhat decent ending…

Enjoyed the Journey. Don't care for the conclusion. Nice production. Rich scenery. Appreciate the effort done in the making. Thank you History channel and looking forward to the next spin-off.

They should’ve killed off Ivar a long time a go. What was the whole point of the Rus storyline? That was completely random.

Although the series got worse since it focused especially on the sons of Ragnar, turning into a kind of Viking soap opera, I have to admit that some moments have achieved the height of those first seasons. And that the outcome (not the end, because the story continues with the series "Vikings: Valhalla" that Michael Hirst is preparing for Netflix, including the return to Kattegat), in a highly irregular sixth season, has been in these last episodes designed with talent.

Michael Hirst has managed to close the circle of Ragnar with his four children: Bjorn (epic), Ivar (a somewhat tricky ending, dedicating part of the final episodes to "sweeten" his profile, to make it more emotional), Hvitserk (consistent with his character) and Ubbe (although falsifying reality, he manages to be the true representation of Ragnar). And the award is appreciated to the fans when one of the mythical characters is recovered.

I really loved this show, but I was really hoping the ending was going to be all of them reunited in Valhalla together.

Pqp, what a disappointing ending, the only thing that saved was the return of Floki!

Better than I had anticipated but still not as good as the other high points of the show. Though the one thing that really bothers me is that Hvitserk of all people made it to the end, the most cowardly and untrustworthy of Ragnar's sons - so much he should have been Rollo's son instead. On the plus side, he's England's problem now.

I never really thought I would like Ivar but this season proved me wrong. Specially that scene with his brother.

I hated him since his first episodes, man, Alex really knows how to act, he made me hate the character, find awe and ultimately like him. I'll look for more of him in the future. 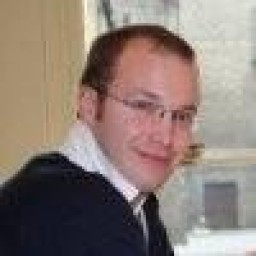 Superb end to a brilliant tv show, going to miss it!

Okay, this was very disappointing, BUT "Heilung" finally got 3 songs into the show and they fit perfectly!

I really don't understand how the Vikings lost or how Ivars death saved his brother.

cheesy ending, could be better :-(

Beautiful ending and I must say, the opening tune is one of my favorites!

What a cheesy final episode(s).
Should've stopped watching this three seasons ago...