Peak TV is truly scaling some ridiculous new heights, when a production like this one is barely talked about. Five years ago, this exploitation-tastic, truly diverse genre hybrid would have been the talk of the field. Today, it's just slowly asphyxiating in a base camp clogged with fifty other shows that all have some USP that would have made them all groundbreaking before this frenzied rush to the top started. Nowadays, unless you're some already established property, you have to be on Netflix to have even a sliver of hope of making it, and even then, nothing's guaranteed. There's so much to recommend Warrior, and I'm sure I'm going to have a great time watching it, but it's hard not to despair a little when all this good-to-great work from all these amazing people might never get the attention it deserves.

This was a fantastic start to the show. It felt a bit slow. And throughout the entire episode, I never seemed to be immersed. I wasn't digesting most of what was happening as it was happening; yes, there's a "but" coming. But even though there are probably TV shows out there where its premiere won't feel like that at all for me, and this premiere wasn't one of them, it was still good and a great start to the show.

It took the time to establish and introduce the characters, set up the main plot and subplots. And, surprisingly, it was fast-paced as an episode. With every scene, scene by scene, a lot of progress was made while no progress was made.

In fact, I think those aspects were the best parts of the episode. And while this is the first true time that I've ever paid attention to stuff like that, so I have no idea whether what I think is objectively true, I think we were given a significant look into the mindset of pretty much every character, all in a single episode; the premiere of the show itself.

And I can't believe that it took me a few more episodes into the season to realize it back when the first season was airing, and I was watching, week by week; even then, it was by reading a comment from someone else who noticed it ─ the technique of having the actors speak in English but using cues to tell you when the characters aren't speaking in English and having characters speak broken English to those who speak fluent English.

The sound design, that sound of distortion that was used when Wang Chao and Young Jun were talking, I really liked that as well. It conveyed the switch from their language to English. Very nice. I really like that technique and still can't believe I didn't notice it the first time around.

For some reason, it reminded me of video games. But I can't seem to pinpoint the specific thing about them that made me think of video games. It was possibly something like a real person being morphed into an animated person or something to do with RPG video games, maybe.

That is a good technique to use for the actors to not speak that much in another language. But it probably won't ever be used in other shows and movies. It's possible that it's hard to do right, and that will be why, or this show is so under the radar, nobody else knows of it, but I have a feeling it's a technique that won't be used in any other show or movie that I watch.

The sound effects used for the fight scenes sound good to hear, too. Especially when it comes to hand-to-hand combat. The first fight scene of the episode had very good-sounding sound effects, and the way it was filmed added to the immersion. Plus, I'm sure there will be fight scenes that will be even better later on in the season that are better choreographed, too.

And here are extra, more minor thoughts, musings, and questions of mine that I had regarding this episode that I feel would make more sense to be listed:

I really liked the music that was used throughout the episode, especially the scores. They sounded very Western-like. The actual songs; I think there was only one, though, during the closing credits, were good as well.

I was slightly surprised and taken aback that the answer was given so quickly and nonchalantly as to why Ah Sahm can speak fluent English. I guess I was expecting that question to linger a bit longer before being answered; I don't know why, but it was almost immediately answered.

What was the meaning of the scene with Ah Sahm and Ah Toy on the balcony? She brought up Confucius by quoting him. Yet, apparently, he never said what she said he said, which Ah Sahm pointed out, to which she acknowledged. Was she flirting with Ah Sahm? If so, I don't understand why that would be considered flirting. And I don't understand what else the meaning of that scene could've been, so I'd appreciate it if anyone can offer some insight.

Of course, the Mayor's wife's name is Penelope. I don't why, but that seems expected. Is that a cliché or a trope, or something? Was that name very, very common back in the day? Because I feel like Penelope is such an expected name for a female character to have in a setting like this, for some reason.

That scene with Buckley was odd. I wonder what the purpose of it was. I mean, it showed us that his right leg below the knee is gone. But there must've been more to it.

That's weird. I thought the task force in Chinatown was made so it would look like Mayor Blake is cracking down on the Chinese to everyone and to appease people like Merriweather in a way that ensures the Chinese workers won't be beaten to death by Irishmen. But Bill bought weapons from Chao. Why? I guess the police aren't particularly welcome in Chinatown; it was to have extra protection if they got attacked.

Bill and Dylan Leary seem to have a history. They're both Irish, so maybe they've known each other for a while and were once friends. Leary likely has a hold over Bill, giving me the impression that it's likely been that way for some time. Bill is probably on his payroll, so to speak, and does favors now and then for him, in return for money. I feel like he's either scared of Dylan, or he needs money. Or both.

I like the subtle nod and reference to Banshee with the bar that Leary and other Irishmen hang out in being named The Banshee. After all, both that show and this show was created by the same person.

Wait, were those two Irishmen that Ah Toy killed at the end of the episode the two Irishmen who killed those two Chinesemen? I just had that thought come to my mind. At first, I figured she did that to protect Ah Sahm, but then I remembered that he wasn't involved with that. Richard Lee is the witness that would've put them in jail with his testimony. I feel like the glimpse of Mayor Blake going to Ah Toy's brothel may have another meaning. It's possible that he went there to inform her of those two Irishmen. If the two men she killed were the same two men, I wonder what will happen with Lee. Leary already went to Bill and paid him to make sure Lee doesn't go the court to testify.

I noticed what could be a parallel of some kind. Penelope caught the Mayor's attention by stripping naked, as if to beckon him to follow but closed the door shut. And Ah Toy did the same thing at the end of the episode with Ah Sahm, and he followed. But I have no idea what that's supposed to signify or represent, or if it's even a parallel at all.

How did Ah Sahm know that Young Jun and Bolo, and the others were Hop Wei based on the colors of their clothing? This is the first time he's ever been in America, let alone San Francisco, presumably. He wouldn't know that. There are two possibilities that I thought of. Either Chao told him on their ride there, off-screen, or the Hop Wei are very well-known and have quite the reputation over in China, and that's how he knew who they were. 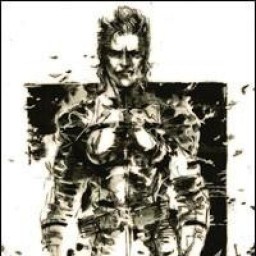 I really like it. The ambiance is sold very well, it reminds me of Hell of Wheels. The fights are well choreographed so far. The dynamics are setting well too between the different groups with charismatic characters. Maybe too much clichés but it's often the case in shows like this.

I didn't like the trick they pulled to switch from Chinese to English. Otherwise, looks cool and interesting although there were not many fights, will keep watching. 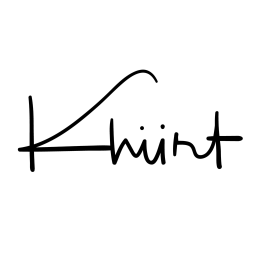 Loved this first episode of Warriors.

I have no idea why this show is not talked about widely. From what I have seen in the first episode only, it deserves recognition. I loved the idea, the actors, the soundtracks used are so fitting and have a special ring to them.
I also admire the visuals, the trabsition between the scenes and thz chemistry between the cast. Truly is remarkable, this work. I cannot wait to watch the second episode.

Solid start. I really don't like the switch from Chinese to English though. But I get it, it's made in US and a lot of Americans can't hadle subtitles.. buch of weirdos if you ask me.

This is looking like a top show,loads of violence and the usual sex scenes,like a Chinese peaky blinders!