While You Were Sleeping 2017

God this show was amazing!! Just Spectacular really!! The main leads were very cute together, they had amazing chemistry, and their acting is just WOW. The storyline was nice and well thought out and intriguing. Everything was soooo good. Not to mention the OST was omg it suited the scenes and the whole story. This show is a 10/10.

Loved every second of it !

What a lovely, touching, and memorable series!

I. Story
a. Episode stories: Some of the episode stories were good but there were those which were great. Out of the total 16 episodes, there are 5 anyone would watch repeatedly. The "legal" aspect were good, the comedy were very funny, and the relationship between characters were what anyone can relate to.

b. Series story: The overall story of the show was neatly written and realistic. It isn't your typical boy-meets-girl-and-they-lived-happily-ever-after which are usually boring and only for the "giggles" factor. While You Were Sleeping have the dynamics and challenges usually experienced by two strangers, turned friends, and started falling for each other yet there were some things holding them back.

II. Acting
Overall, the acting were amazing. They easily portrayed the personality of the characters they were playing. However in the latter part of the series where there were more kissing scenes, the two lead actors weren't into it. I am assuming those scenes were filmed near the beginning of the project and they weren't at ease with each other yet, if so, it was not a good decision. In those particular kissing scenes both actors were lacking emotions, it was "platonic", they were just "acting".

The supporting actors did well too and made their characters memorable especially when it comes to comedy, they delivered the scenes perfectly. Great job!

III. Music
For the whole series, there were only 5 songs which made an impact out of 14 included in the OST. These songs were played in the correct scenes and hopefully were used also in more scenes, or at least an instrumental instead of the other music they used.

IV. Rewatch value
I've watched this twice already. The first time was the Filipino-dub version and recently the original Korean-dub. Anyone can watch While You Were Sleeping anytime and everytime they want, it is a light drama and very romantic.

V. Suzy Bae
Suzy Bae did well in portraying a lovable and pretty character who anyone would fall into at first sight.

Hooray Suzy! Keep it up!

I really loved the premise of the show! Very interesting and extremely well executed. No threads are left loose. In the end, everything comes full circle and it's so incredible satisfying.

The main couple is adorable and has great chemistry. And the balance between light and funny, and serious and emotional is pretty well balanced. All the secondary characters from the mom, to the cop, to the coworkers are also pretty good. An all around very enjoyable drama. 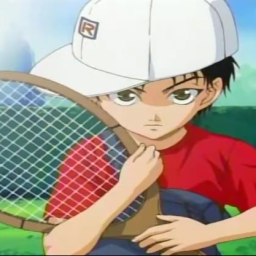 Believe in dreams and help others make the right choice. When is a river is blocked the flow will change into a new Ebb but not acting doesn't stop the flood.

This plot is one of the most interesting yet not confounding plots (I’m looking at you ‘W’) that I have seen in a Korean drama in recent memory. Many recent dramas have been historical dramas that are trying to break the past tropes for a fresh feeling or are mundane/ “normal-life” struggles dramas that bring in new and ironically less “normal” characters. This is something different and interesting because it ties together two interesting aspects: fantasy which are essentially seeing the future through dreams and the justice system. Two aspects that are usually very different but through this drama are associated in a fresh way.

Now, onto the actual plot. I think the pacing was done superbly well and the inserts of flashbacks was well timed. My main complaint about the plot was that there were a few plot holes that were never truly covered.
1.Firstly, why is Suzy able to see dreams about random people when the original idea was that whoever saves you will be who you dream about just like all the other characters?
2. How did Suzy start dreaming to begin with?

3. What is the motive for the detective to hide that he does not know Suzy and Lee Jong Suk? These issues are sort of touched upon but glossed over because there is no real answer to them.

Besides plot holes, everything about this was very good. There are people that complain that the flashbacks and past were not impactful enough but the contrast between past and present that the director/producer used was actually well done. I knew that the plot would be interesting and good when the first episode consisted of Suzy killing herself and Lee Jong Suk struggling with what he saw in his dream just as any other person. Secondly, I believe that one of the strongest points of the drama was the incorporation of the premise of the show into the romance and the melodrama portion. There are some dramas that try to be too many things at once and often fail at all of them or are unable to incorporate all of them. This drama does a superb job of incorporating the dreams into the romance, the justice system, everyday life and the conflicts as a whole.

Overall, one of the best plots done in recent history. This drama is logical (including the fantasy of dreaming of course) and also touches upon some key ideas in an interesting way.

What do you do if you know the future?
Can you change it? Is changing the future the right thing to do?
Is the legal system perfect? Morality over personal interest?

All decisions have consequences whether you like it or not. All of these aspects are intricately woven into a very well written plot that presents multiple themes throughout.

Disclaimer: I am not a Lee Jong Suk; infact i avoid his shows ; or Suzy fanboy (or many other actors to begin with) so I have no personal feelings for any of the actors.

Many people say Suzy is just a pretty actress. I would say that this is by far her best performance and she perfectly acted out her character. How do you act out an optimistic yet afraid girl that constantly dreams about other people dying or experiencing death yourself? Suzy perfectly acted out a quirky girl that tries to always keep a smile on her face and not let her fears get to her.

Lee Jong Suk’s character is also very interesting. His character is someone that has bettered himself from the past but still maintains his resentment for certain things and events ie. regret about his father and hate for Lee Yoo Beom . His character’s ability to read other people and trust his friends shine through and he does not complete many of the actions other main characters would do.

The true strength of the show was in characterization of not only Lee Jong Suk and Suzy but also of the many side characters. There are 3 “side characters” that I must highlight to show why characterization is so strong and important in this drama. I don’t want to touch upon the detective because there were plot holes that I discussed earlier that I am still unsure about.

Suzy’s mom is an eccentric woman but when you get down to her character she is a person that is devoted to her daughter and her daughter’s happiness is the core of her being like many other mothers. Would you want your daughter to date a man that could get her killed? How about giving her false hope or causing her pain? The rating of the men around her daughter is a personification of what mothers actually do. Every action by this character makes sense.

Lee Yoo Beom or the main villain is an intricate character whose end-game is truly highlighted in the last episode. A self-driven, greedy individual who presents a façade of intelligence but struggles to stick with his own morals when gain is in front. This character through first episode and flashbacks and actions by Lee Jong Suk is strongly characterized as someone that would take advantage of another person while maintaining that he was simply doing the logical and right thing. Every action about this character makes sense especially being driven into a corner where he ends up making the decision to kill a person he said knew him better than his parents.

Han Woo Tak. Many people love this character and for good reason because he is the charming and loyal second lead that many people are supposed to feel bad for due to his unrequited love; I was never sympathetic to SecondLeadSyndrome but it got it first time in this show. From the beginning Suzy shows no romantic interest in him and it is clear to anyone that Suzy and Lee Jong Suk were more than friends from early on in this drama. Many other second leads in other dramas would do anything to become the love interest including ruining friendships and ignoring the obvious truth. .Woo Tak makes decisions based off of other people while still maintaining his outstanding morals.

Lastly, the chemistry. I would say it was okay and cute at times. The romance was not overbearing and did not interfere with the story but instead was another key aspect of the story. Suzy and LJS love each other and would do anything for each other but that does not mean that they do or should. It does not have to be star-crossed lovers with exaggerated lines that would die for each other at a moment’s notice. Even though there was a bit of that in this drama too.

Special Appearances by Lee Sung Kyung and Kim So Hyun ; the best actress out there and Kang Ki Young I can't believe he pulledoff the psychopath look ; he is usually typecast to comedy roles

I think this music was quite good. There were several songs that stood out to me including “When Night Falls” by Eddy Kim (which was probably the best song), “It’s You” by Henry (meh, I think the song fit but isn’t that great), “I Love You Boy” by Suzy (fits the drama very well and is also very good).

While You Were Sleeping starts off as a suspense thriller that instantly catches your attention within the first couple episodes. The fast paced actions and jumps between scenes keeps you guessing and wanting more. This pacing however, slows down drastically with a rather repetitive, slice-of-life-like nature as the drama gradually inches towards its main climax. So if you're expecting a constant thriller ride, you might find your expectations unmet through the middle of the series. If you enjoy the every day life scenario with crime & law and romance, with a hint of supernatural dreams mixed into it, then this drama is right up your alley.

Its been a while for me to see a perfect KDrama with a perfect storylines and less obvious plot holes and its worth dropping LIVE! ( after 2 episodes) and binge this on the weekend.

This is the first Kdrama I watched since Boys Over Flowers like 10 years ago. I personally am not a fan of romance shows or shows that show too much PDA, but I was able to tolerate this one because the relationship is a mature and usually rational one, unlike those in typical teen dramas. The fantasy element infused with the crime and justice system really blended well together, it was genius.