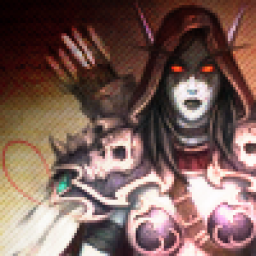 "Every woman has a version of the same story."

Sad, but true. A very poignant conversation between Erin and Nicky at the end and it was nice to see a parent trusting their child to handle the situation themselves but still being there to support them.

As a survivor of IPV (intimate partner violence) aka emotional abuse, this was a difficult episode to watch and when I saw so many comments here I expected to see people complaining. It was good to see most people complaining about how awful the victim was treated, how characters who previously showed empathy were terrible. The thing is that most people don't consider IPV a thing, just as there are still people who don't consider domestic violence real. While it was horrible seeing Rollins and Stone act as they did they are just surrogates for real people and SVU has always been a way to bring real-life issues to light via the medium of TV. Please remember that. It wasn't a bad script, it was reality being brought to screen.

Thankfully at least here in the UK people have woken up to the reality that IPV is real and it real and lasting repercussions on victims. It's now illegal and a case like this wouldn't have been questioned as much. I hope that this episode made some people realise the reality that some people live/d with every day.

So I saw the comments here before I watched the episode, and found it rather amusing how the only commentators complaining that it was too focused on misogyny and too "obvious" etc. were all men. I still decided to give them the benefit of the doubt and watched it with an open mind.

I'm going to give a minor spoiler outside of a tag here since one of the other commenters failed to use a tag and I feel their comment needs to be explained as it had absolutely no context. Dana did not suddenly have a personality change and decide to break the law. The FBI can hold a suspect for a certain time and she chose to keep one in holding, not because he was an ass, because she felt it warranted it. As the episode summary explains "a serial bomber appears to be targeting Wall Street’s elite" and the suspect is one of those elite with a connection to at least one of the victims. It's not a huge leap in logic to realise that it's safer to keep him in custody - and oh what do you know? He was the last victim. But of course, if you see things from a 'femnazi' perspective the female supervisor must be abusing her power rather than trying to protect a male who makes her skin crawl.

Yes the theme of misogyny is strong from the beginning; the first suspect is a complete misogynist and it isn't toned down at all. I wouldn't say it's overdone or too obvious, because in my experience there are actual men like that in the world, especially in business. They do actually speak like that. Then Dana is immediately usurped from her position as profiler (she's a former profiler but always acts as the team's profiler until now) by her bosses who bring in a special profiler for this case; there's absolutely no need for it and yet this type of thing happens to women every day. It could be argued that this was an important case, but there's been plenty of those and they've not pulled in another profile until now.

I do think that this was sloppy writing. If they had built up a reason for Dana to be replaced on this case as profiler rather than just wanting to have a male character to question her actions by profiling her and assuming that she is treating a misogynist a certain way just because she's been treated that way through her career. The male profiler is not badly written; he's a man who considers himself more qualified than his female boss and chaffs at it and attempts to undermine women at any turn. The problem is that Dana is confident enough in her position to put him in his place - I'm sure some people would say she got angry, but let's be honest, so would any male character if their authority was questioned by a guy who literally walked in the door 2 minutes ago.

At the end of the episode, Maggie saves the misogynist's life by moving a bomb and the male profiler apologises to Dana, she doesn't make a fuss. She doesn't laud it over him how he was a complete ass the entire time, how he needs to change his attitude etc. He just offers his hand (something she pulled him up on previously) and she takes it, shakes it and walks away.

The FBI agents, men and women, all acted professionally as usual.

Dana remained on target, profiling the perpetrator and did not focus just on the one person. She used the guy in custody for information but did not have tunnel vision at all. Maggie and OA also have a conversation about how gender politics in the workplace aren't clear cut and I think that sums it up pretty well.

TLDR: A bit of sloppy writing regarding the introduction of the other profiler but basically the previous commenters here just didn't like seeing themselves mirrored on TV.