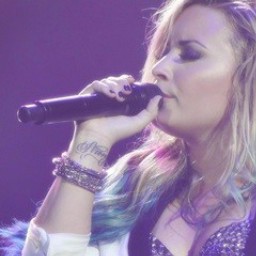 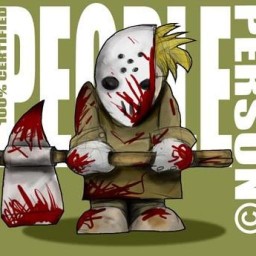 Remember when people stopped watching shows they didn't like or think were good instead of continuing to then complaining about it?

1x10 The Hope That Kills You

The Lasso Special at the end made me smile big time. I’m now wondering if something like that has ever been done and if it would work :thinking:

@kcador Dear lord I hope not) Besides comedic use of New Zealand's haka nothing new was actually done here. Just a long pass on flank by goalkeeper and obvious cross in front of a blind defender apparently. Don't forget that players on ManCity side wouldn't have being spread this way in actual match: they took two takes in one Tartt is running behind Obisanya where cross would have being easily done; in second one Tartt is clearly ahead of Obisanya which is exactly how it's usually goes so he would have to win the ball against Tartt first and than he would have to perform cross under pressure with way lower chances on success this time. But hey it's a comedy about football done by Americans.

p.s. If any of you Brits reading this, my condolences in advance. I don't watch football in English and apparently quite a few terms used differently in my native language. I hope what I'm describing is actually called "flank" and "cross" in English if not - I blame google.
p.p.s. Thank god it's coming Rome;)

I liked it. It was better than the first half. One of this Doctor's best episodes. The only thing I didn't like was the laser shoes.

@anthoney65 Dunno, I found them having the silliness earlier, even classic Doctor has sometimes had. Can't be all no joke no fun because that's no fun, look at how people still love Donna for example, so many fun moments.

It looks great, better than anything on the recent trilogy. The lore is building up and the acting is on the dot. My only problem is the pacing and that the damn episode is too short. I was expecting a 1 hour show, but this is shorter even than network television prime time shows.

@the_argentinian Actually, yes. It complies with the beats and feel of the original trilogy and sets the scene for about 5 hours of story in a time period never explored before. Also, the second season is filming right now, so you're gonna get 5 more hours next year, and so on. The films can't afford that kind of time to develop arcs.

For All Mankind: 1x01 Red Moon

cliché, patriotic, self-indulgent mediocraty. i really hope the next two episodes can raise the bar bc i they can't i'll definitely drop this series.

@pi-mp3 Cliché, patriotic, self-indulgence that was perfectly in keeping with the time and used very well to begin the story of this alternate history. Mediocrity it was not, either then, nor now.

Sam "We don't need to talk, I throw my name in the bucket of "the best episodes of the year" without writing dialogues" Esmail

@edrick and then it ends with "I think it's time we talked". Amazing show.

I actually really liked this season premiere. The characters of this show are obviously not as seasoned as their Walking Dead counterparts, but their turmoil and confusion and slow fumbling development only add to enjoyment, imo. In the previous season Maddie was the sensible one, now I think they've handed the button to Travis. Alisha is the next level of idiot though, opening her gob and bragging about their super cool boat to a fucking stranger. I hope she'll be the one to suffer the consequences, but usually other people pay for someone else's mistakes. Also I'm really confused why water isn't an infection transmitter that too stats the fever and kill you. Come on, zombies clearly rot and bleed in it and therefore infect it, and people who swim under the surface definitely get it in their eyes. Obviously you need to suspend your disbelief with the entire concept of zombies because their existence (at least in the way they are portrayed here) is entirely disproved by logic, but both shows in this universe have a clear and established rule of how a zombie is able to kill you. It's obviously not the contact of their teeth with your flesh, but the effect of any organic matter belonging to them (in the case of a bite - saliva) getting into a living human' bloodstream. Considering that, the water should be infected and dangerous. That being said, walkers underwater is still kinda cool.

It would't matter since everyone is already infected with the virus. That's why everyone transforms after death.