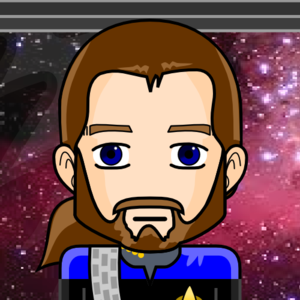 [7.6/10] I've had my qualms about this season, but I enjoyed this as a final note to go out on. It's hard to think of something truer to the Star Trek ethos than the idea that the gravest threats are not solved with phasers or torpedoes, but rather forging a connection and appealing to sense of unity even amid the uncertain and unknown. There's some elements of convenience here -- mainly how quickly we go from exchanging pictographs with the 10-C to being able to have full conversations with them -- but the heart's in the right place on this one. Between back-to-basics plots like away missions and problem-solving, and this closing affirmation of the franchise's core values, season 4 has definitely felt like the most Star Trekkian of Discovery's run so far.

I know, technobabble and suspension of disbelief, but starfleet would not sanitize their SQL queries, really?!

This was a typical he he, haw haw episode until Oliver suddenly and completely dropped his talk show persona, stared directly into the camera, and sucked all the fucking oxygen out of the room. It stops being a matter of politics or national borders and becomes a matter of actual humanity (do you have a soul within you, or don't you?) when shit like that happens. I admire a comedy that is willing to totally shelf comedy to send a powerful message when it's called for.

Star Trek: The Next Generation

An episode notable for the appearance of a very young Kirsten Dunst, I found this more notable for possibly being the only episode in which a delegation of telepaths come on board the Enterprise and Troi doesn't get mind-raped. This is an emotional episode which could have fallen a bit flat if not for the wonderful performance of Majel Barret. Lwaxana coming to terms with the trauma of her past is genuinely heartbreaking to watch and feels like it explains so much of her character over the years, and the gorgeous scene between Deanna and her father is equally poignant. It's a tough subject matter that's handled as gracefully as it could have been given the 45 minute time slot.

Outside of that, it's a little creepy (the stare on Maques' face when he's using telepathy is the stuff of nightmares) but it certainly doesn't deserve the disdain most fans seem to give it.

Gilmore Girls: A Year in the Life

What a bunch of assholes Lorelay and Rory were in this episode. Hard to root for any of them. Body-shamers, Snob-fest extraordinary alll mixed with erratic infantile behaviour. Damn. I suppose that weird change of personality was needed in order to close the season with character growth. But damn, this was the first time that I hated BOTH Gilmore girls on the same episode.