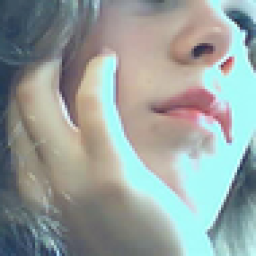 How I Met Your Mother

8.6/10. A really well-balanced episode in several respects. For one, I loved the show's use of Ted and The Mother's first date as a frame story, and the way that it used that as a device to tell stories within stories (e.g. Ted telling her the story about when he was at the wedding telling the story about how he met Gary Blauman.) One of the deftest strokes of Season 9 is how it filled in the gaps of Ted and The Mother's future together little bit little to where by the time they meet, we get a pretty complete, if abbreviated picture of who they are. The two of them continue to be cute together, and the fact that Ted didn't blurt out an I love you (among other callbacks to the pilot here) and the way it led to Ted and The Mother's first kiss was well done and downright heartwarming.

But it wasn't all warm fuzzies! I often complain about the broadness of the show in its later years, but I have to admit, as exaggerated as it was, I loved everyone milking the reveal as to whether they were going to say "love" or "hate" (or some variation) when it came to how they felt about Gary Blauman. The various flashback stories about him were fun (especially all the dorky Teddy Roosevelt jokes between Ted and Gary), and Marshall's impromptu courtroom bit was a fun touch as well.

The show also found a really nice way to give closure to a wide swath of its secondary and tertiary character without it feeling forced. Many of them were cute or clever (Scooter ending up with Stripper Lily and Jeanette ending up with Kevin were oddly perfect) and the fly-by device gave everyone a moment without overcrowding the episode. On top of that, tying those little updates with the theme that friends drift apart and if you care about someone, you have to hold onto them, and having that pay off in the story of Ted and The Mother's first date (with The Mother making the move!) was a really neat way to handle it as well. Overall, a nice lead-in to the finale.

I can’t believe this was the last time we’ve seen Claire Foy as Queen Elizabeth. I’m not ready to let her go yet.

Claire Foy has described this episode as her favorite of the season. And I totally understand why, it’s a great episode.

This was so emotional and you could see how much Isak loves Even and ahh, i'm not ready for the finale.

It's so refreshing to see things from a different perspective. I believe it's even more interesting now that we see the version of a real couple with their real struggles instead of the versions of lovebirds. I paid attention to everything I could knowing how things can change from one's perspective. Helen's a really dark one. Noah's still playing hero on his head, as when he was so worried about his son's stomachache (in Helen's version it wasn't even commented) and when he shows up to the mediation meeting with a nosebleed (in Helen's version he was just fine). A few other things are interesting and differ a bit more than they usually do (as when Helen goes to the police station bringing Noah a good lawyer and when on Helen's version both Noah and the mediator sit in front of her - and the camera shots intend to show how confronted and alone she is in this).

It was definitely one of the show's best episodes so far. MUCH MORE MATURE than season one. Much darker as well. I'm really hoping next week we get to see Allison's Vs. Cole's version! For those thinking you can't really tell a long story about an affair, that was a good slap in the face.