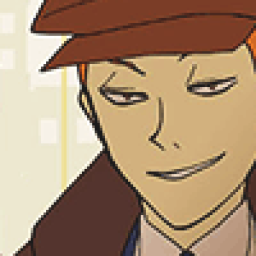 Just like Falling Inn Love, The Lost Husband, and all the other forgettable city-girl-meets-country-boy-and-discovers-herself romance movies, but the part that annoys me is no matter how progressive Netflix tries to be, the man is always the one that needs fixing.

Predictable and has the usual festive cheese, but it actually works well by the end.

I wasn't convinced by the opening chunk of 'A California Christmas', with the obvious plot set-up and iffy cast performances. However, from about the midway point, the film gradually gets better. The onscreen talent slowly grow into their roles. That's no doubt helped by the barrage of heart it attempts, most of which comes off.

Lauren Swickard, who also wrote this, is good in the role of Callie. She stars alongside husband Josh Swickard. Given they are together in real life, it is little surprise they have nice chemistry. Ali Afshar, David Del Rio and Amanda Detmer support adequately.

It's sweet enough, all in all. It keeps to the right side of the line between enjoyment and boredom, at least in my opinion. Could've done with more Christmas vibes though, given the title and all that...

A California Christmas is a charming, if somewhat stereotypical, holiday film that’s sure to brighten up the season. When the son of a real estate mogul is sent to buy a small farm that’s failing he’s mistaken for the new ranch hand and takes the opportunity to earn their trust to make the deal, but he soon finds that he’s falling for the farm’s owner. Real-life couple Lauren and Josh Swickard lead the cast and give solid performances. And while the plot is full of tropes and clichés, it uses them fairly well and has some earnesty to it. Additionally, director Shaun Piccinino does an impressive job at featuring the scenic locations and at setting a lighthearted tone. A formulaic romantic comedy, A California Christmas doesn’t deliver anything new but is enjoyable nonetheless.