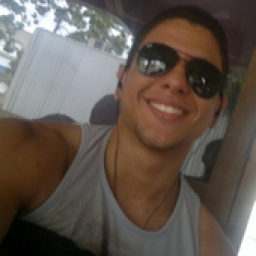 Who the hell though This was a good Idea? Don't watch this sh*t.
People complain about jump cuts, but jezz, the whole movie is almost as terrible as Taken fence scene. And the video transitions and visual effects, omfg. They for sure used windows movie maker to make this. Producers were on loads of cocaine when they approved this sh*t

It doesn't matter if it has serviceble fighting scenes. All the rest is garbage, specially the story!

Everything in this movie is bad. The story, the insane camera action and even a much worse action sequence. Normally I love me a lot of action p*rn (which is what was promised) but this was too much and too unbelievable. Please no one gives a f*ck about your geographical politics, much less the d*ck measuring contest.

I never thought I say something was too much action. And the cinematography will probably make you dizzy. Still worth a watch, the fight choreography is amazing, great stunt performances. The plot is all over place like the camera angles, but kind of goes with the frenetic feeling of this movie.

This low quality garbage CG morphing used to trick you into thinking that the movie was shot in a single take actually has the opposite effect. You are watching a fight scene, you're captured into the action, you feel inside the movie and than the camera starts moving in an unnatural way, the images get all stretched, there's jittering, the action pauses for a few milliseconds... It's distracting, nauseating. Unpleasant as I said before.

It's like listening to a song where the CD skips every 30 seconds. Can you listen to the song? Yes. Is it pleasant though?

After the airplane scene I just skipped all the action scenes. I just watched the "story" parts of the movie. Saving Ha na and his father at the lab, when he gets his memories back and the sh*t ending
And it wasn't worth it either. Story sucks too.

Who? Who thought this movie was ok to release to the public? I guess since it's a Netflix original, anything is ok to increase the catalog.
I'm done with anything produced by Netflix. If Netflix is the future of movies, than the movies are dead.

This movie is madness, at first I was like what madness am I looking at. Second I started to get dizzy because of the shaky camera all the time and third the conversations went so fast that I could not follow them at all. No idea what it was about, but it was some insane action. That ending though..

The insane movement of the camera almost made me throw up. Impossible to continue watching. I left after 10 minutes.

:heart:x8
Ok - so there's good news and bad news about this one.
The bad first. I personally am very tired of the shaky-cam shtick. It's over-used and just plain annoying. Just cut it out already. A lot of the drone footage might make some people queezy. It did me, and i don't get motion sick. There is nothing but wall-to-wall action here. Like zero downtime. I know, some might see that as a good thing.
Now the good. Wowza! Non-stop action. Is the whole movie far-fetched, unbelievable, fantastical? Yes - but that's what makes it so much fun. This movie is like if Jason Bourne and John Wick had a baby and then we tossed in a bunch of zombies as well. It's that kind of frenetic. I would say that like 90% of the stunts/effects are practical (RL) with very little CGI in there. The whole thing is shot in such a way that it looks and feels like it is one continuous shot (which is not an easy thing to do).

The Koreans are truly becoming one of the leading story-tellers in movies and TV.

"No memory. One mission.": That mission clearly wasn't "Find capable actors" or "film on professional camera's". Positive: 10 minutes in and everybody on screen is naked or semi-naked. Negative: You have to watch 10 minutes of the movie to get there. As far as I can tell this is a cross between a zombie-movie, the scene where Neo tries to escape the agents in The Matrix, and Crank. Put together in the worst way imaginable. From weird angles, unnessecary prolonged shots of people starting at eachother to the very stunted and forced-feeling dialog; this is the worst version of the movie it could have been. The (admittedly nicely choreographed) fight scenes redeem the movie somewhat, but are themselves let down by atrocious audio design and frankly insane scoring. Avoid like an infected zombie.

I enjoyed this movie..Didn’t quite understand the main plot to much, but the fight scenes were entertaining..This movie is total non stop action.

There is a scene in the film that reminds me of a moment in another film, it reminds me of Kill Bill. If I were the cameraman in the film, I'd be going back and forth with the camera. Blood everywhere. The story is...I don't know what the story is, South Korea against the world or something. If you want action with no plot it's cool.

Damn what was this movie terrible, bad filming en so fake

I was so psyched for this movie but I couldn't even finish it. The cinematography was atrocious and distracted from what could've been some very cool fight scenes. The dialogue was really dull, even though the story itself held promise.

Some scenes showed hints at something special, like the scene with everyone looking up with masks on - that was genuinely striking and haunting - but it wasn't enough to keep me watching.

It's really too bad, a political martial arts action movie is like my wet dream but this left me dry as a bone. 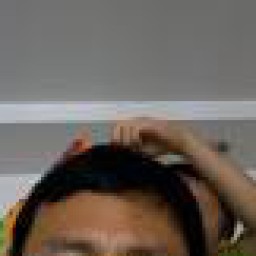 A reasonable plot. The usual stuff, CIA meddling with Korea. I feel like killing the director of photography, way too much flyover shots using UAV.

Like Roberto said. I have no f:asterisk_symbol:cking clue what this was about but good packed action. Something else then your normal action movies