I was bored this Friday night, so I decided to see a movie. Knowing nothing about Gringo, I decided to just go see it.

Honestly, I was not super let down. It was an overall entertaining film, with very well placed humor, that gave an otherwise serious plot, a sense of lightheartedness. David Oyelowa was a perfect fit for the role of Harold - the kind of guy that takes everything literally, and deals with what life gives him. The film is about him developing out of that, and it is hilarious to see some of his reactions.

Charlize Theron was unfortunately the only other actor that did a standout job, as everyone else was just OK. I wish she was in a larger percentage of the movie.

Ultimately, this was a very enjoyable watch, just don't expect too much depth beyond the main character.

I went in thinking this was going to be a full blown comedy and what I got was more of a drama with a few jokes. That's not a bad thing but it's definitely should be known. There were a couple of good laughs, fewer than I expected. The tone of this movie was a little all over. One second they are making jokes and then they are shooting people. There are a lot of big name actors in this and they are all fine. This is nothing special but a decent movie if you have a couple of hours to kill.

It's an entertaining chase film that goes in a million wacky directions, most of them fairly fun. Oyelowo is immensely likeable in his nice guy role. There's an impressive cast to back him up too.

The kind of movie you've forgotten all about as soon as the end credits start to roll...
Theron is good though and saves it from a lower grade.

The film is becoming increasingly simple and silly

This is the epitome of a good trailer being made of a dull movie. It looks like a fun, madcap, wrong-guy-in-the-wrong-place comedy in the trailer. In reality…just kind of dull. Sad. How did this get a theatrical run? Good trailer. All I can say.

Oyelowo turns in a wonderful performance, but the film around him is a jumbled mess. It's not necessarily a bad film, but the script clearly needed some work.

A slightly above average dark comedy, starts off less than great but finds it's groove before too long. A tad predictable, but overall I enjoyed it. Even the worst Amazon Original it still better than 95% of the shit that Netflix crams down our throat.

This was very enjoyable and surprisingly very satisfying.

a very good surprise David Oyelowo is super good and comic in this movie. the movie is above the normal with all those good actors; very funny movie ; super scenario , lite, not serious , but enjoy a good moment watching this one :) not too many good movies out there in this time , this one get out of ordinary

Watching someone set up dominoes is not nearly as fun as watching them fall. Sadly, the lion's share of this film is a very talented group of stereotypes doing nothing more interesting than setting up dominoes. 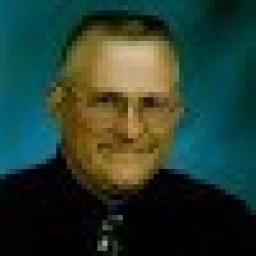 Loved this show. without ruining anything, make sure you watch the previews first. makes a difference in your viewing experience...

Gringo is the story of Harold Soyinka and in any normal pair of hands, the story could have been captivating and entertaining but instead the film is convoluted and an underwhelming jumble of a film. The narrative and tone of the film is a mess - with two specific characters and their subplot popping in and out of the film at an astonishing rate. There are a few jokes that do land and David Oyelowo, Charlize Theron and Sharlto Copley look like they’re having fun with the comedy caper, but that can’t really save it from an over-long running time and a script that thinks it belongs to twenty different genres, all at the same time.