A bit slow in the start - but a very good movie!

Ocean's Thirteen wasn't as great as the first one in the trilogy but it was a big step up to the second film. All the original cast is back again except for Roberts, which I was cool with the film should focus more on the core gang of thieves themselves. Once again the acting was great and the story line was a step up from Ocean's Twelve. It was an incredible and fun film to watch.

If I don't know what to watch the Ocean's movies never disappoint - if you ignore Ocean's Twelve (2004). They're just a lot of fun :grin:

Ocean's 13 marks a huge improvement over the lacklustre second movie but it feels like a pale copy of the first movie.

i don't get stressed out often by movies but wow i wanted to die when yen was in the elevator shaft???

"Ocean's Thirteen" goes back to the original film's roots and delivers a silly yet rather entertaining Las Vegas caper. The gang is back to take revenge on Al Pacino and sabotage his newly-opened casino. The crazier the plan, the more fun, but I wish things didn't always go so smoothly. We have seen this before and already know that even what gets shown as trouble is actually part of the plan, with Danny Ocean always in control of the situation. Some real incidents and improvisation along the way would definitely make things much more dynamic and entertaining.

Even though the performances felt a little phoned-in at times, the cast still works pretty well together, and no one is suffering from the absence of Julia Roberts and Catherine Zeta-Jones (nothing against them, but both their love stories were oversimplified and out of focus).

It easily could have just tried to copy the first Ocean's film but it didn't as this film is more of a revenge film than a heist film and the entire way through the film you want to see the Ocean Crew get there own back for Elliot Gould (Reuben Tishkoff) as he is wronged in a really horrible way. To me, this film is funnier than the first film as it had me in stitches at times and the heist is a lot more intense than in Eleven (no point mentioning Twelve), only thing was it was a little slower than Eleven in some ways.

But the main reason this film is so great is the addition of Al Pacino (Willy Bank) who before this I have never really seen him as a villain and he was just so perfect, I found I hated him so much and you want to see the crew take him down sooooooo badly. I also like the twist with bringing Andy Garcia (Terry Benedict) onto the side of the Oceans crew was genius as even though you know not to trust him you just like him so much.

Give this one a watch, I say just watch Eleven and Thirteen.

More fun than the second but not a fun as the first. 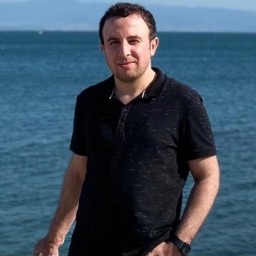 Definitely much better than second movie.

Recapture some of the magic of the first - more than the second certainly.

A more enjoyable plot. Pacino doesn't do his shouty overacting. And Damon's career rise is reflected aptly by giving him a more substantial role.

This is worth a watch despite the first overshadowing hugely. The second could actually be missed out if you really didn't want to soil the thinking...

Ocean's crew reunites for one last con in Ocean's Thirteen. When one of their own gets scammed by a casino developer Danny Ocean puts the team back together in order to get payback, and to set things right. The story's fairly strong, and the Las Vegas setting returns the series to its roots. Still, the con's a little incoherent and the plot has some extraneous parts. Most of the cast from the previous films return, and are joined by Al Pacino; who makes for a terrific villain. Ocean's Thirteen is an improvement over the last film, but it's not as good as the original.

In general, this film redeemed whatever went wrong with Ocean's Twelve. I wouldn't say it was as much of a well-oiled machine as the first, though. See, Danny Ocean has money, so he has the ability to basically pay anyone to do anything for him, making the heist in question less spectacular and a whole lot more easier...technically speaking - Just like Tony Stark with remote control suits in Iron Man 3. The level of impossible difficulty is essentially gone. Still a lot of fun, though.

After having taken in eleven (really liked it) and twelve (didn't really like it), we thought that we would give thirteen a try this weekend. I had heard that the (alleged) finale was somewhere between the first two movies and I think that is accurate. The first film featured a heist and the way that the heist was pulled off was really clever. Once they told you the rest of the story, you saw how the answer was in front of you and you missed it. The second film featured a heist and you were thoroughly confused by the ending as to how it happened. They then went back and showed it to you and... well, you had no chance of knowing all that they showed you and that was completely unrewarding. The third film was kind of a mix. It was another heist but the entire movie was the heist. That in itself is ok, but the series of events in the heist were so implausible that at some point you just have to ask really? By the end of the film I was half-expecting a Blazing Saddles ending. I just don't think that rigging all of the Vegas games and then causing an earthquake underneath the hotel works for me. Besides, if they could rig the Vegas games, why wouldn't they just do that and make that the way to get their buddy his casino?

Much better than the previous installation in this series. Would love to see more but I guess this might be the last and I would be happy to see it end on a high note, personally I think these kind of movies are not very easy to produce. The evidence for this was in prequel to this movie, this one covers up a lot of flaws in that movie and highly recommend anyone who wants to have a fun 2 hours.