Completely overblown and ridiculous, this still works surprisingly well and has "guilty pleasure" written all over it. A lot of enjoyment comes from seeing an actress you wouldn't expect turn into a great action heroine. Like Liam Neeson in the Taken franchise, Geena Davis takes on an unfamiliar role, chews the scenery and has a blast and a lot of what makes this film so watchable is seeing her transformation. The script by Shane Black shows its age somewhat, but it is still pretty funny in places, with Samuel L Jackson knowing exactly the kind of tone the film is going for. There is also a brilliant cameo from Brian Cox. The film loses its way a little bit in the final act as they try to increase the scale and stakes, and the lack of subtlety grates on occasion, but it is still a lot of fun.

From director Renny Harlin comes the explosive action film The Long Kiss Goodnight. After being attacked in her home, school teacher Samantha Caine discovers that she used to be a government assassin and takes off with a private investigator to uncover her past. Geena Davis, Samuel L. Jackson, and Brian Cox lead the cast and give sold performances. The plot is a little hard to follow, but the fight scenes and chases are incredibly well-done and keep the film moving. Though it goes a little overboard with all its government conspiracies, The Long Kiss Goodnight is extraordinarily entertaining and a lot of fun. 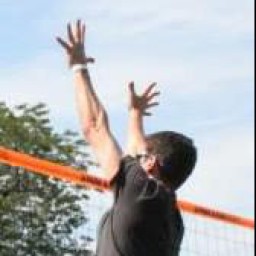 Gave it only a 5 but it was entertaining and funny at parts. Jumped the shark a bit at the end... Worth a watch :)

And if you don't know, now you know!