The Pursuit of Happyness 2006

One of the best movies I ever watched.

This movie has all the drama that you will ever watch.It shows struggle of a father,a man,a husband and a salesman.It tells you what poverty is and at the same time it motivate you.This is a must watch for everyone.

my fav movie, i love it.

Great movie and so touchy!!

I recently bought this movie, because it's so inspirational!

"Don't let ever somebody tell you, you can't do something" ... "If you want something - go get it. Period!"

This is a gem specialy in 2021, a must watch it never gets old

It’s a good movie, it’s well made, it’s emotional, Will Smith and Jaden Smith are incredible and I understand that it’s a true story, but the message this is trying to sell makes me sick. “Hey he did it, so if you can’t you’re just not working hard enough!!!! Hey this Will Smith character slept on a public bathroom’s floor to make his dreams come true and you can’t even leave your parents house haha you loser!!!!”. No. Absolutely Not. The American Dream is a fucking joke and this revolting idea that if we sacrifice our wellbeing and submit our last shred of human decency to the system we will be rewarded makes me sick to my stomach. No one should EVER have to be homeless, no matter how lazy, dumb, sick, WHATEVER, you are.

The main character keeps quoting the Declaration of Independence and how every man has the right to life, liberty and the pursuit of happiness - then the whole film goes on to show just how capitalism denies those rights to thousands (the lines at the shelter were chilling) - only to then wrap up by feeding the audience the lie that it’s possible to achieve happiness and that if you haven’t, you’re just not working hard enough - the dozens of people at those homeless shelters are just not working hard enough!!!! This film is capitalist propaganda and I’m very happy for the real-life guy who got his happy ending, but I just wish he wasn’t the exception to the rule.

This is a beautiful, heartbreaking movie. 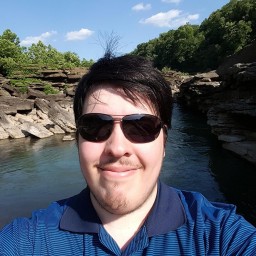 One of the best and most motivational movies ever.