3 Thoughts After Watching ‘What Keeps You Alive’:

A couple of silly plot contrivances aside, this is an effective little thriller that keeps you on your toes. 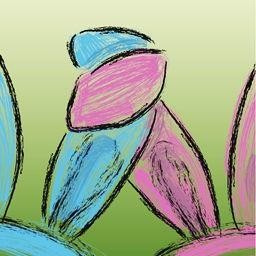 Hated everybody. The neighbors were ok, the protagonists were just plain stupid and unlikeable.

intense movie. from start to end. really nice work, but something was missing. i dont know what exactly. anyway suprising and strong movie.

Well, if you're looking for your typical serial killer film this is one of them.

I say typical, because when It comes to serial killer films this one has almost all the tropes the others have, one it doesn't have though and that the film fails to go deeper is the trauma that led this clinical psychopath to become a killer, sure part of it it's biological, but most psychopaths aren't killers, otherwise, the world would be a lot worse than already is.

Also, one thing that really bothered me was the 'fake ending' in the first act, I mean, to those who have seen a lot of films, you're not surprising anyone by doing that.

Despite how much the film tried to surprised us in the end, if you are one of those people who pay close attention to all the details, you already knew how it would end up for our killer.

I feel like this story could be written by any amateur writer to be honest.

What I really thought that was good was the performance by Brittany Allen as "Jules", after this film, I really am going to watch more things from her.

this one look's good very good actress in this movie of horror genre :) I will complet this comment after watching it :)

Pretty brutal little survivor/revenge flick. The third act is contrived, but the second half is wild. Worth a watch.

I think it's been done before but I liked this movie. The visuals are great and the acting is believable.

Well that was a wacko film and i liked it and the ending was a little unrealistic because I doubt what happened would happen but i enjoyed the ending and good performance from both women.

Like the weird kid at the party you get stuck in a conversation with who just keeps getting more random.

What Keeps You Alive is apparently a lot of WTF that becomes WTF-ier as time drags on. At least there were some unpredictable turns that kept me on the line.

Anderson and Allen are decent enough actors, but everything else about this movie was either cliche, heavy-handed or plodding. I can't imagine how so many people rated this a 6.