what the fuck was that??? i think the writers stopped taking black pills after writing red tide

They normally struggle with the endings but WTF was that.

OK the second part of this double feature was quite underwhelming in the end. I'd have preferred a whole season of the vampire storyline tbh. Pity.

You must really hate humanity in order to make this series. Woke sh:asterisk_symbol:t 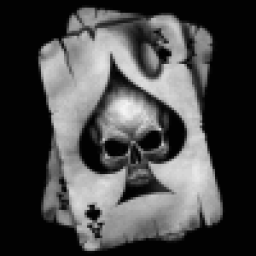 Worst season of American horror story … what was that shi….. seriously comon what a waste of time !

That's the end of the season?

What the what what what? Baffled how we had a brilliant first part into a woeful second part this season. Should have stayed with the vampires the whole season.

What an absolute waste of time watching this guff turned out to be. Easily the worst AHS season and there's been a good two or three pretty naff ones!

Oh that was the final episode. Well that was shit I had no idea it was the last one

I could've done without the entire second part of this season... or the whole of it but at least the first part of Double Feature had great casting. This was just garbage. Please don't make Kaia Gerber a series regular, please don't let her be the next muse. The flashbacks in this season where okay-ish. I liked the conspiracy theories building up too but over all it was just more a parody of AHS than AHS worthy storytelling.
Not even the queens themselves - Sarah Paulson, Leslie Grossman, Angelica Ross, Lily Rabe - could save this tragedy.
Can we all collectively agree that this whole Death Valley part didn't exist?

That was a really poor ending to the weakest AHS story. 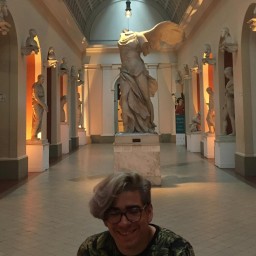 this whole season wasn't it

So dumb. Should have just stuck with the black and white story or just left it at the vampires.

AHS used to be dangerous and push boundaries. now they are just scared of cancel culture and woke Twitter mobs. RIP AHS

This was one of the shittiest seasons I have watched of any series. I watched to have some wtf and laughing content but it backfired. Should have stopped after episode 1-2.

what the hell was that

What upsets me the most is the fact that most fans had been expecting (to a certain degree) a full season about aliens, for a really long time and the writers just completely missed out on the opportunity to make some real connections with Asylum. Instead, we got very rushed four episodes and now, we probably won’t get aliens on this show ever again.

Also, both stories from Double Feature, didn’t have any connection at all. I mean, Red Tide was centered on Harry that was a writer, again, the possibilities here could have been endless.

Death Valley is a lot more bearable to watch when you realize is just an elaborated play on conspiracy theories and they’ll trump whatever lizards or aliens they can find, over the actual storyline.

Now Red Tide should have gotten a full season of its own. Episodes 1 to 5 is one of the best stories this show has given for quite some time.

I spent most of this episode on my phone because it was just too bad to handle. The first half of the season was okay, but I didn't care about anything or anyone in the second half.

This was honestly so bad imo. This compared to Red Tide?! How are both stories part of the same season

and the shows been renewed for 3 more seasons!? I did enjoy the first half of this season but wtf was the second half...

I guess this is what happens when you're already renewed for three additional seasons... This really was just a random mess throwing out historical references but not really tying anything together in a way that would make sense.
What was the point in keeping any humans around to breed when they apparently just needed the one perfect body to do so? Why did they keep Troy alive but not Jamie??