Could not possibly be more perfect if it tried. I will miss this show with every fibre of my being. We did not deserve it, and there will NEVER be another like it. Warmest regards.

Bravo, Schitt’s Creek. Bravo. You stole my heart and will truly be missed. Perfect ending. 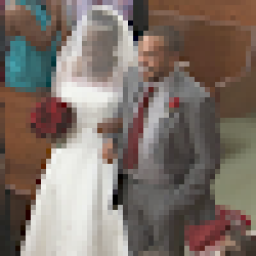 I am going to miss this show so much! It is leaving far too soon, just when we needed it the most!

When I started this show, the night of the multiple Emmy wins, I was confused. It seemed like an Arrested Development rip-off with a load of more conventional sitcom tropes thrown in, but without the laughter track.

After the first two seasons, I found myself asking people who'd watched it all about when it gets good. And now, having watched every episode, I find myself asking the same question. There were some great scenes and some good episodes, but never a consistent run of great episodes. At no point was it funny enough to justify the tedious and saccharine sentimentality (if I'd wanted to watch The Waltons, I would've done), nor emotionally striking enough to justify the comedy deficit. The only 'emotional' moment really that worked was the final scene with Alexis and Ted.

In its favour, it had great leads performing the thin material very well, and it was an easy, unchallenging watch. One of the key features of a good comedy is whether I'd want to watch it again, and in this case it is very unlikely.

So I'm still left wondering what merited all those Emmys, not least because every main character (other than maybe Alexis) had become a broad caricature of themselves by the weak final season. That said, the Emmy's picked a serviceable but unremarkable Rick & Morty episode over one of the greatest TV episodes ever (the penultimate episode of Bojack), so what the hell do they know?

The perfect ending. I cried, like a lot.Best Wishes, i will miss this show so much <3

[7.1/10] What a weird finale. I guess the show wanted to save most of its pure sentiment for the prior episode, and let this one be mostly a wackier showcase with a few grace notes. I can respect the approach, but the execution was...strange.

Let’s start with the obvious. A happy ending? On the day of the wedding? And we’re treating it like some typical wacky sitcom occurrence? As David himself might say -- what the fuck? This is such a weird storyline, and maybe I’m just a prude, but I feel like someone having sexual contact with a stranger on the day of their wedding, whatever the implausible mix-up over it may be, should be a big serious deal and not some zany T.V. misunderstanding that gets cutely mentioned in one’s vows. I assumed the whole thing was a prank at first, because it’s a ludicrous and downright odd plot point to throw in at the eleventh hour.

On a lesser note, in what world would Alexis wear white to her brother’s wedding when she’s giving him away? Even assuming she would be oblivious or malevolent to want to draw focus, you’re telling me that David wouldn’t have vetted her dress seventy-eight times before the big day? Again, it’s wacky and just plain weird.

This is also a fairly formless episode. Nominally, everything is building to the nuptials, but there’s little structure or progression to it, more of just a hodgepodge of different scenes that have little to do with one another up to that point. Theoretically, you have the conflict of the outdoor wedding being rained out, but that becomes a pretty mild hurdle pretty quickly.

Despite that, there’s a lot of nice individual moments here. I like Alexis having the epiphany that the Roses losing their money was, ultimately, a good thing that nudged them to grow and made them better people. Her embrace of her mom and drinking in that this will be the last time they’ll all be together like this is really sweet. While my wife would probably have killed me if I tried to sing 90s pop during my vows, I like Patrick singing a snippet of Mariah Carey for David, not to mention the Jazzagals’ vocal rendition of “Simply the Best.” I like Johnny walking Stevie down the aisle and kissing her on the forehead, a nice bit of symbolism for the paternal relationship they’ve developed over the course of the show. I like David telling Alexis how consistently impressed by her he is. These moments have little to do with one another, but they’re all very nice.

Most of all I like Moira’s material here. Granted, her pope getup is a little too out there for my tastes, but your mileage may vary. But she’s more or less the only character in this episode with an arc. More than any member of the family, she’s been the most anxious and unwavering about wanting to leave Schitt’s Creek. Throughout the victory lap that is this day, she’s resisted being sentimental about the wedding or about leaving. But when she’s up in front of everyone, she melts more than a little, affirming that the fickle winds of life can lead you to unexpected places, but that she is, against her own judgment, grateful and touched that they brought the Rose family here in the company of so many wonderful people. It’s as fine a final statement and summation the show could possibly make, with the added power of it coming from arguably the show’s least sentimental main character.
So there’s hugs and final goodbyes and drives off into the sunset. It ends on a goofy note, with the Roses having been added to the town sign, in a bit that may cheekily be the culmination of people saying that it looks like David and Alexis are a married couple given her dress. Shrug.

In the end, Schitt’s Creek died as it lived: a show with unexpected heart and character growth that buoyed it even in lean times, but whose comedy was hit or miss, ranging from the undeniably hilarious to broad sitcom wackiness. It’s one of those series that I’m glad to have watched, but which I don’t think is going to stick with me the way some of my favorites have.

That’s because it felt like it could never seem to get all of its pieces working at the same time. When David was having real growth and development, Alexis was mired in romcom drama. When Alexis was changing as a person, David had more or less hit his limit and was playing out the string in his character arc. Johnny could be wrapped up with Stevie in ambitious projects and a warm quasi-parental relationship, or swallowed up by the usual dose of Roland’s crap. And Moira always had the strength of Catherine O’Hara’s performance, but the show didn’t always know what to do with her on a long term basis.

Season 3 is the closest Schitt’s Creek came to really firing on all cylinders, and seasons 2 and 5 hit some real high points as well. But you could also feel the show running out of gas or not being sure where to go with various characters during its run.

Still, I will also remember the show’s best moments, particularly its slow transformation of the Roses from high society snobs who disdained this place to better people who were grateful for what it gave to them and spurred within them. I’ll remember the particularly great comedy when that emerged when you could get all four Roses in the same room (and if Stevie’s there too, all the better). And I’ll remember its overall gentleness, the way it was easy to watch in bunches given its lightness and warmth. As both something of a throwback and a very modern sitcom, Schitt’s Creek was a bit of an odd duck, but also one worth stopping by the water to see.

Alexis wearing a wedding dress for her brother’s wedding is PEAK alexis, and then Moira wearing a pope outfit to officiate the wedding that was PEAK moira. It was great seeing how the family rebuild itself and everyone had so much growth and didn’t need to get that money back cause they got to make new money while helping a small town, and making a positive impact to the community, like even Ronnie was emotional!! and also my favorite part was david realizing that he didn’t need to prove he had won cause he already did by being happy with his husband and business, and Alexis not needing a man, or twyla’s money or relying on her parents to thrive in her career/life. The only thing that was a bit of a let down is that we didn’t get to see a few scenes of the party! I really needed that!! And also for some reason I thought Mudd made a special appearance so I was expecting him. And the perfect ending scene, the town’s welcoming sign!! A perfect way to close the show.

Truly an great ending for the show... Was literally smiling through the whole episode.

SCHITT’S CREEK U WILL BE MISSED!!

The perfect tv show. The perfect ending. Thank you for making this show. Bravo.

And that's how you pull off the perfect series finale. Best wishes and warmest regards Schitt's Creek, I'm gonna miss you! 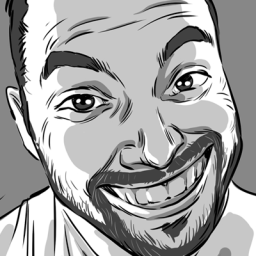 Started this show because I was running out of things to watch and was instantly hooked through the ups and downs of this show all the way to the end, yes I bawled so what! Was a great close to an epic show!

Schitt's Creek really is a show worth watching, lovely finale!

Crazy, wonderful people. I've really enjoyed the journey with them all. Lovely way to end the series.

This was such a sweet episode, had me crying at the end when Patrick sings "Always Be My Baby". Loved it.

Yet another series I had to say goodbye to:(. It was a good show overall. Alex and David were my favz. Boop Boop.

Underwhelming episode. Could have ended after episode 13 for me. Too much crying before any meaningful words said at the wedding, and the whole David getting a hj/bj from a random the morning of doesn't get me in the mood for lifelong commitment

I'm going to miss this show so much!