The American version of this awesome show is getting beyond tedious.
If you want to see good versions that are far superior check out the Australian Survivor and Survivor South Africa.

Everything about this show is political now. Over the top 'inclusiveness"
"GUYS" is now outlawed. I'm waiting for someone to sit out a challenge because they feel they're isolated and non-athletic.

If they want to go so political correct and inclusive, how about having a competitor in a wheelchair or a quadriplegic?

Phew what happened to this show. I think they need to change the name to PCvivor, you know because sur sounds like Sir and that might make someone feel left out.... This is pretty ridiculous with how much they are pushing various things. Let the game be the game and stop with the political agenda junk.

Looking forward to a “back to basics” simpler version 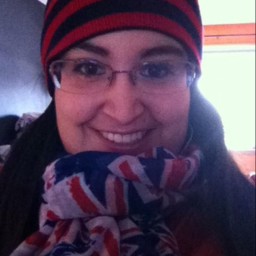 I like some changes, I didn’t like others. In particular that tribal council dice is pretty dumb.

it's always funny seeing how grown people throw such childish tantrums in the comments over the fact that a tv show has decided they would rather be inclusive and move with the times than being stuck in the last millenium. no-one is making saying "guys" illegal lmao calm down

Good start. Hope they drop the PC stuff and just focus on the game. Jeff seems intent on rectifying the mistakes of a few seasons ago (and to an extent he should - that was definitely a horrible, disgusting thing). One person speaks up, a minority, and it's enough to make a change. It's not enough to disgruntle me but it's a real indicator of the way the world is going.

Good opening episode. Some great characters here. The shot in the dark is a great addition that doesn't ruin the game (like an over abundance on advantages), and asks the players to consider a new element that may / may not factor into the vote. Some further explanation would be great though - does each player only get to use it once? If they hit it, do they get to reuse it? Can multiple be used per tribal? Do the multiple players pick from the same pot - and if one gets Safe, the other has no chance, or do they all get their own 1/6 chance?

Some interesting changes, feels like it could be a faster pace.

it's always funny seeing how grown people throw such childish tantrums in the comments over the fact that a tv show has decided they would rather be inclusive and move with the times than being stuck in the last millenium. no-one is making saying "guys" illegal lmao calm down

At 1:15:08 and 1:23:44 (commercial free version) Jeff says, "I'll go tally the votes" when he should be saying, I'll go get (or retrieve) the votes. I'm very disappointed that Sarah is gone, but I wouldn't want JD gone either. Also I don't like that when it was discussed about the word "guys" (it's just used in a general term) but only one person said that they wanted it changed or to be not used and Jeff stops using it because of only one person when everyone else had no issues with it. I say guys all the time myself, even if I am only talking to females. No insult is meant by it, it would be like saying, see you people later.

I was sad to see Sarah go. I, too, watch Survivor with my grandmother and her story brought my heart.