Liked it much more than the majority of season 5, but the characters are all over the place* and the pace is slow enough to make me question if they can finish this story in what is only five episodes remaining now.

*- I'm still dazzled how can Marco be so boringly written when he is not defined by his terrorist actions
- Not sure where I stand with Filip going nuts
- Grieving Alex is fitting, but Clarissa feels like an emotional support something for Amos rather than a good character
- Chrissy is still the best, I wonder what she and Bobby will do
- Something is happening on Laconia, sure, but why can't we have more of that storyline (and why I have the feeling we won't) is beyond me
- If someone dares to hurt Drummer, I'm coming for you, Bezos! 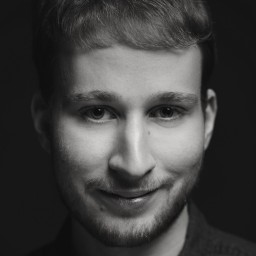 Very good premiere with a lot of moving pieces, but I thought pacing would pick up way more than last season, considering this is the final one and there are only six episodes. Did like it better than last season's opener though.

A great start into season 6 :) Nothing too special but a nice introduction with a few new elements and a lot of awesome CGI scenes.

It often made me miss Alex though but that seems intended.

I'm also curious to see what Avasarala has in store and hope that we'll get a few interesting scenes at the new colony (where that scene with the little girl at the beginning took place). I guess that place should become quite relevant during this season. I just hope that five more episodes will be enough to provide a satisfying conclusion for this show.

If this season doesn't end with that psychopath Marcos and his band of terrorist scum getting painfully killed then this has been the worst season ever of any show. And yes Naomi has turned into a f... bitch in this space opera turned soap opera.

Great start to the new season but Marcus and Philip are both played in extremely pathetic ways and completely get on my nerves.

Marcus has all this bottled up overacted emotion that makes me feel he'll just break down crying all the time, not threatening at all. No way a character as strong as Naomi would fall for that poser.

Philip on the other hand looks all the time like he has nothing between his ears and the whole "mommy issue" thing as an excuse for him acting like am angry spoiled brat became annoying quite fast.

Really weak villains, I would much prefer a one-sided badass straight out of a 90s action movie than these anguished pathetic bad guys.

Filip is a piece of sh*t

With only 5 episodes left, its current pacing & all there is left to resolve I have not the slightest clue how this show could possibly end in an even moderately satisfying manner. I'm getting MAJOR GoT PTSD here.... (Ironic considering James SA Corey's relation to GRRM, lol).
This actually feels even more rushed then S08 GoT.

Anyway, the episode was good & Direction was on point. They were able to portray so much about the struggle with Marco has been going (180 something days in) without having to waste episodes on it, putting us in the middle of the conflict, which is a good use of screen time. BUT it was still a very slow episode & I am just so worried...

My only theory is they're ending this current expanse series but not the narrative (like Naruto to Naruto Shippuden)... Possibly due to Alcon Entertainment being the owners of the series? idk. Just speculation

Ok, that's not how I expected Filip's downward spiral to go. Damn, son...

So, Filip is getting shunned by his dad which is making him act like an asshole? And Naomi doesn’t even make sense anymore, I’m glad Amos told her what I was thinking.

More soap opera than space opera. The plot seems to totally deviate from the books, I can't understand why. Also why showing us Laconia as they can't possibly have time for that subplot with 5 episodes remaining.

Lots from the books (2 from what I can see) but very slow moving. This show has been very slow so I guess it's to be expected, but with 5 more episodes I hope it picks up and answers questions. I'm going to miss this show.

This was a very solid start. Come on, there can be more. I am sure there will be.

oh boy, this episode is pretty bad. especially the acting.....

What does the first five mins with the girl have to do with anything. So confused.

I quite liked this first episode, kinda sets up the tone quite nicely, but the degradation in quality (due to budget, executive meddling, or whatever) is showing. The initial scene with the girl and the animals took almost 5 minutes of its own, with many still shots of the girl's expression and surrounding that don't actually contribute to something meaningful in the episode as a whole - the kind of directing you see in Walking Dead's filler episodes.

But I kinda liked how they tried to make up the shortcomings of Season 5. They tried to visually show the impact of the catastrophe caused by the asteroid shots on Earth. They tried to show how Rocinante crew tries to deal with Alex's departure/loss, something that was horribly executed in Season 5. I also quite liked how they tried to portray Marco more as a bullshitter, but it could've been done better than some abrupt speech about the people of Ceres out of nowhere. Speaking of Ceres, the decision to make Dawes' death off-screen is such a big disappointment, though understandable due to the actor having conflicting schedule. Still, disappointing.

Downside here is Filip's arc. I get it that they're trying to show him as wanting to get the recognition he wanted, but we haven't seen more what he is capable to do. So far we only sees him kill and nothing much. No leadership qualities, no camraderie qualities. So him bursting out in anger just came off some sort of angsty teen worse than Anakin in Star Wars.