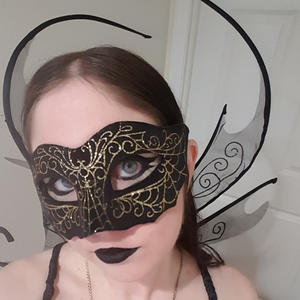 The first episode was awful, 2nd not so bad, but it does actually get better and worth watching.

They’ve gone for a strange stylistic way to film the show, which is probably the hardest part to get past, but you get used to it.

It has some great actors in, but unfortunately the script is poor. Which makes it difficult for the actors. Although, there are some poor actors mixed in with the good.

It actually got a fairly decent storyline if you keep going. Which is a shame as it could have been a really good show if produced etc by someone else. I’m very confused to why they took this approach in the show, it makes it seem low budget.

It comes over as a children’s or family show in a lot of ways, but in fact it’s not given the brutality, swearing, gore etc.

I’m glad I pushed past the things I didn’t like and focused on the story/plot.