A nice story that remind me a bit of the Matrix series. Would like to see this one expanded into a series as it has potential for a ptetty nice story arc.

The Matrix in anime form and CGI which was a bit too slow for my taste. I do love certain CGI like Appleseed but this just didn't have the right tempo. Machines are wiping out the human race but there was a slight disconnect in the story and it was seriously just too slow.

BLAME!. Movie Review. Firstly let’s address the title: BLAME!. In English this would be pronounced as blame. However, I have found some sources (listed in the description) that imply that it’s pronounced blam. This latter pronunciation makes the exclamation point in the title make a lot more sense if it’s intended to be a sound effect. I was able to dig up the creator pronouncing it as BLAM so that’s what I’m going with.

BLAME! is a dystopian science fiction manga written and illustrated by Tsutomu Nihei that was originally published from 1997 - 2003. This manga was developed into an animated movie and released by Netflix on its streaming service in 2017. BLAME! is a desperate story of survival in the very distant, derelict, future.

The film features a group of human survivors that ekes out an existence in their small haven of the City; a sprawling, byzantine labyrinth of bizarre structures and buildings that extends endlessly in all directions built god knows how long ago. When this group aren’t fighting off starvation vs an ever dwindling food supply, they are hunted down by the Safeguard; eerily human androids that have been exterminating humans for generations for reasons unknown.

The fate of this group irrevocably changes the day they meet a sullen, stoic, traveler by the name of Killy who says he is on a mission to find a human who carries the Net Terminal Gene. Something no one knows anything about.

Get ready for this mouthful: BLAME! is just a possible part of a possibly interconnected universe that Tsutomu Nihei has created with his other major works being another manga series made into film with ‘Knights of Sidonia’ and his manga only series ‘Biomega’

All these works deal with a distant future with transhumanist themes involving technology. The operative phrase here is ‘possible part of a possibly interconnected universe’ because the connections between the different works is implied rather than stated clearly by the creator. With that said BLAME! and it’s core manga could be the tip of the iceberg or the entire iceberg depending on how a curious fan interprets not only BLAME! but Nihei’s other works.

So Is BLAME! an excellent example of worldbuilding and unique take on a far flung future or is it yet another boilerplate sci fi dystopian story skirting by on it’s manga and anime cred?

Like an anime opera: over the top dramatic and not easy to understand. Still, the artwork alone deserves a Like. 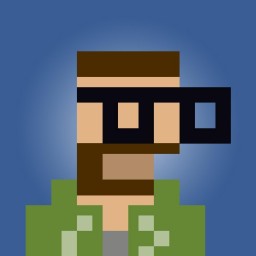 Interesting story which, as some have already said, reminded me a bit of The Matrix. But my main issue with Blame!, and some of the other stuff Polygon Pictures has put out lately like Ajin and Knights Of Sidonia, is its look. Don't get me wrong, the art style is stunning with gorgeous designs and backdrops. But I just can't get used to the horrid low frame rate CGI for the characters. Especially when some other CGI stuff, like smoke clouds are presented butter smoothly. It just puts me off.