I knew it was going to be bad while i was walking into the theatre, but i wanted to see how bad it was for myself and i was never disappointed. The writer of the movie seamed to take the plot from The Ring and changed it just enough to involve a Slender Man. A bunch of teenage kids watch a video and then they see the Slender Man. Nothing from resembled anything from the real story, which i was kind of hoping for. If that happened, then maybe it would of made for a slightly better movie. If you have seen The Ring, by the way its a great movie, you have seen Slender Man
But yeah,"You can't spell Sony without Y."

Dam Very Disappointed in this movie.. The Director who Directed The Losers and Stomp The Yard.. I thought he could Bring Slender Man To Life but He never delivered and The Writing is HORRIBLE.. Also Hate The Plot and Characters.. My final rating 0.5/5 I hope They give Slender Man Another Shot

No Backstory Just a Rushed and Very Bad Movie

It is amazing that the Slender Man game is so much more terrifying. And it has been years that I have been this bored with a horror film. They did everything wrong that could be done wrong. Even their cheap jump scares were bad. I can't believe that Slender Man got a theatrical release either! Damn I just wish they were collecting pages in a forest.

No, I can't recommend Slender Man to anyone.

What a waste. Bland, boring, and unscary. It's a shame as such an iconic character was ripe for a really rich, spooky adaptation. The end result is a vanilla exercise in obvious "scares", with paper-thin characters and terrible CGI.

I like shitty movies but this was beyond shitty. 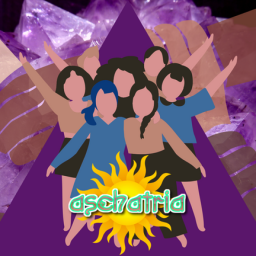 Not what I expected. Too dark to notice the details. Too much screaming and not that scary. Overall, watchable, but nothing special.

I hear many scenes including some depicting character deaths were cut from this movie in order to avoid offending people in relation to the 2014 Slender Man stabbing.

So instead of that I'm just offended that Sony wasted 93 minutes of my life on a film where absolutely nothing happens except a showcase of low budget early 2000s CGI and an exclusive look at an extremely wide range of Sony products.

After all videogames, fanmade shorts and even an entire movie founded on kickstarter (which was very bad, btw), finally this was the first movie that we could considered made by cinema professionals. That's why I was so excited to watch it, because finally we could get a proper movie, that maybe could explain a little bit better the creature story, even if you can read it on the internet. But no we had a teenage horror drama, of this four girls that decided to summon Slenderman with a video. For sure one of the most stupid things that I have ever watched in a movie.

During the movie we see that characters are slowly getting crazy, because of Slender visions that blend the reality and take possession of them. In the end we discover that he simply take all the children and he integrate them in a tree, that should be maybe his house (?).

The movie in general was really, really bad and it is not scary at all. Not to mention that the CGI used was awful. I can understand in part, because it was a low budget movie, but still they should have done better.

What a horrible movie. Not scary at all, story just doesn't make sense, actors are bland. Did not enjoy it at all, a waste of my 1 and a half hours.

For a film based upon a highly popular horror video game, and for it to be released way after the actual time when its popularity was at its peak, it's surprising how much they missed the point when it came to explaining how Slenderman came to be as scary and as popular as it was in the first place.

The video game was super basic and never relied on too much to spook you. It was all about a fear of the dark and maybe some fears about ghosts as well. It was done in a first person perspective and whenever you see the Slenderman, your vision goes nuts, white noise to the extreme, and that's it.

In order for this film to follow suit, it simply needed to basically be The Blair Witch, found footage in dark woods for a majority of the film. Because in any Paranormal film about filming ghosts, what happens when they show up on footage? White noise and cameras malfunctioning. Found footage also never relies too heavily on story, relationships, or characters because it's usually stripped down to the basics to focus more heavily on fear tactics. This movie had random and irrelevant romances, and a mystery that is all over the place, and a lot of crap in plain daylight. It just doesn't work.... it's not scary, and it completely ignored what little story the games actually had, with collecting the pieces of paper notes in the woods.

In short, everything felt too unoriginal, unscary, overproduced, and overall incredibly stupid. It made sense that they made the movie, but zero sense in why it was made the way it was made.It missed the point entirely.

When you have nothing else to watch this could be a fun movie to watch. The only thing I really hated is that the trailer is not that bad. The trailer of this movie is actually interesting to see how this movie could have been. Sadly 50% of the trailer does not make it into the movie, and it's the good half of the trailer that got cut out of the movie. Disapointed..? yes.

I mean, this should have came out like four years ago when Slender Man was popular, but not now. The popularity has kinda died out.

'Slender Man' is a water down horror movie with more yawns than thrills. It's painfully dull. So boring in fact, I actually fell asleep 12 minutes into it. Of course I had to re-watch it which was horrible.

There's nothing redeemable or anything good about 'Slender Man'. The script is terrible with endless amount of horror movie clichés you thought died out for good. The cliché of how teenagers talk in these type of horror movies. Not forgetting the questionable decisions that leads to their demise.

All the performances were pretty bad and not convincing during the more "scary" elements - Just made the scenes more funny to be honest. Joey King is on a winning streak recently by starring in terrible movies, and she's really bad in the movie.

The atmosphere or tension is none existent to build up any suspense, just loud jump scares through out. Most of the quiet scenes felt like filler than anything else. When it tries to be creepy, it's embarrassing. 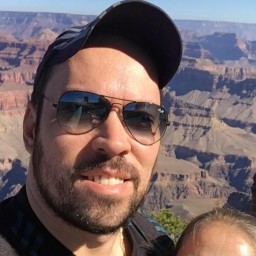 I am thinking how bad was wasting time watching this.

With all honesty.. After giving this a second look it's still horrible but the cinematography is amazing.. Decent writing I think a little more story depth and character development would've helped this movie tremendously!!! I'm hoping they remake this and next time around put a ton of effort in it.

this movie was filled with screams and those sounds and creepy noises that gave the effect! take them all out and you'll have a simple boring movie about girls just doing some stupid things.

I had been looking forward to this film, it was not as good as I had hoped unfortunately. Still worth a watch if you;re interested in the slender man tales.

Slender by name and slender in thrills and chills, this is barely worth your time.

So, in the end he turns you into a tree? Huh, interesting.

One thing that bugged me was how they said he mainly went after kids. Those girls were grown ass teenagers (in the movie at least), so that didn't make sense. Also flying out of a window leaving broken bits everywhere? Not really consistent with the whole vanishing without a trace shtick.

They anyone not think wow, this is just like in The Ring when the whole "cursed" video thing happened? Thought so.

All I kept thinking throughout the movie was: that red headed girl would make a wonderful Merida if Disney ever decides to do a live action adaptation of Brave LOL

Didn't expect much and somehow still got disappointed by this movie. There are so many things that don't make sense it's not even funny.
The worst offense is that the game relies purely on jumpscares and there aren't any of these in the movie! It's completely dull and not at all effective at making you jump out of your seat even once.

Avoid this movie as you would avoid slender man himself.