Feels exactly like Stargate formula with similar issues (no surprise, with Jo Mallozzi and Paul Mullie). Not a bad thing as is being a huge Stargate fan. Quite the opposite actually, it feels kinda like "home", familiar so to say, although the cast is completely different and there's no Stargate anywhere whatsoever.
Now, this is not SG by a long shot BUT it shares some of the longest writers/exec producers of SG which is a good thing.

Personally, I couldn't be happier about Jo making a new SciFi show in space. It may or may not work out but so far, and we're just 3 eps in now, I genuinely enjoyed it. It doesn't reinvent the wheel and I see issues (clichés) but is by far not the worst effort of a new show I've seen the past seasons (DIG/American Odysee) and has room for a lot of exploration and I do trust Jo to be at least able to make this a greatly enjoyable show given time. Question is, if he is given the time he needs.
Considering the low acceptance of "SciFi" these days I won't hold my breath no matter the journey in S1 but we'll see. 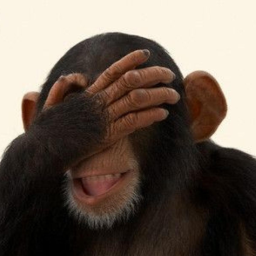 Low budget sci-fi, which seems promising on first look, but soon starts squeaking from multiple directions. For me it fits into category of "fill" series, which I watch when I have nothing better to do. My opinion is based on 9 watched episodes.

Few examples: [Minor spoilers]
*Jodelle Ferland aka Six wants to play immature girl, but is not really working. Everyone acts like she is about 14 years old, but she is clearly much older than the character she is playing, which is funny.
*I've also seen multiple attempts of funny scenes, but show didn't get anything more than "huehueh" from me.
*Four is a guy from traditional samurai family. I always facepalm when I see their soldiers "going to battle", with traditional samurai armor, drop their swords and start shooting with guns. (And no, their armor is not bulletproof).

The best and most underrated sci-fi adventure show since Firefly. But better.

Im so freakin got dang mad right f'ing now! SyFy your a FOX wannabe somma-biatch! Firefly, Stargate Universe, and now Dark Matter. I'd turn in to Hulk right now if I was Banner. Pissed Off Man! as Smokey would say. Just cancelled MY suga hunny iced tea.

It's been canceled... Syfy canceled another Sci-Fi show.
Syfy? Hello? Anyone there?
Syfy needs to rebrand themselves... because it ain't Syfy without Sci-Fi.

One of the few shows I always looked forward to seeing and now its cancelled. Great leave the viewers hanging with all those plots open. At least do a 2 hour movie to give us a ending or maybe like Firefly do a movie to tie things up

Such a shame. Dark Matter started off slow. I had given up after season 1 but came back to give it a second chance with season 2 and it definitely didn't disappoint! It just kept getting better and better. Season 3 was just stellar. I would have loved to see how the 5 season arc played out. I really hope another network picks them up; syfy doesn't deserve Dark Matter.

It took me sometime to get into the series, but I'm damn sure happy I did. A great show for what it's worth.

Reaally cool show. XD ^^ haha
I love it sooo much! 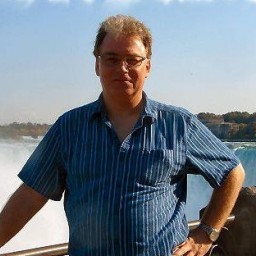 Why was this show cancelled?

We love it!
Characters are great, acting if very good, writing is super.

I can't believe they cancelled this show. Whoever calls this things at Syfy, he's fucking retarded. 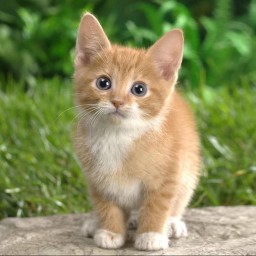 I really liked the show, but the fact they cancelled it so absurdly is so annoying. So many questions, but no answers as to what would have happened after S3. It was just getting REALLY interesting.. :(

dropped it halfway season 3, its unwatcheble

I remember how I was afraid for the show, I ain't anymore.
Just for a moment, I'm gonna put all my bias for all the other fantastic shows of this decade aside and say that this is the next best thing after Stargate and Battleship.
It hails home and makes my weekly Sci-Fi sessions something worth looking forward to.
I have missed grand-scale Sci-Fi!

Dark Matter's theater of action isn't as big as that of Stargate or Battlestar Galactica and the production value isn't nearly so high but the universe is interesting and the story really engaging.
Now, in my very unprofessional opinion the target audience is people my age (lol, I am a young viewer, but anyway), aka millennials, aka Generation Y... depending on where you want to draw the line I'd say, if you're in your late 30 you won't hate it but I can see how a person 30+ might feel obliged to grace&honor us with a show of their uber-special complain-skill; O'Lord, Save Us!

Spaceships, space stations, planets, a likable crew... it's an entertaining series you should definitely be watching!

Another show gone to soon but yet we get 30 plus years of the Simpsons!! I loved this show. 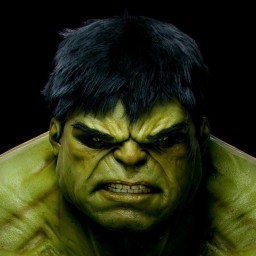 So disappointed that the show is canceled. It had gotten so good and I enjoyed it more than Killjoys. The dynamics between the characters had really solidified and the comedic scenes were great. I'm going to miss this one a lot. I hope it gets picked up somewhere to complete the last 2 seasons. Boobs.... lol.

I really liked the first season with all the mystery surrounding the characters. Now after the second season is done I think I´ll drop out. They went a totally different route. Bringing in new characters only to kill them off and the one that stayed doesn´t mix. Altogether there are way to many new approaches, too many storylines starting left, right and center. The Corporate War, they even introduced the alternate universe (how original). Only episodes I really enjoy were the ones that featured Zoie Palmer, although I have to admit even the Android story line isn´t new. But I like her performance. I doubt that that will be enough for me to keep going. It just hasn´t gone the way I´d expected it would. 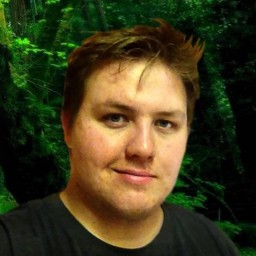 It is awesome! A must see for Stargate fans.

I have seen the plots coming as it happening .good to watch thou

The quality of the pilot continuous throughout the first season, which ends with a major cliffhanger. Three short seasons should be enough for the series to conclude it's story, longer will make following it a forced task. Decent small-cast decent-actors low-budget Sci-Fi summer-series, if not renewed however the first season has no value on it's own and should be skipped.

I loved this show and was sad when it was cancelled.

Name of the show should have been Fecal Matter.

This is a good story. I crazy binged this one.

I get so pissed off with serials that cancel before finishing. Viewers spend time and sometimes money in watching these serials. If you went to a cinema and the movie stopped 15 minutes before the end due an electricity failure I am sure you would receive some compensation. There should be some sort of fines imposed on these film companies that do not finish these serials. Otherwise we can end up in great serials receiving lots of money for serials they never intend on finishing because they don’t know how to end it! Lost!

One of the more compelling sci-fi shows out there. I'd place it just below Farscape maybe. It was canceled at the end of the third season without closing a plot arc that was introduced for the third season, but for a change, I don't think that really detracted from it. Three seasons was enough to get the story and enjoy it. And if I read correctly, it's based on a Dark Horse comic, so I think the rest of the story might be out there in another format. Looking forward to seeing what the writers and cast move on to next now.

It's not often that I will stay at the same rating as a TV series moves through its episodes, but when it comes to Dark Matter, I was surprised by myself...

This series starts out well, loved the first season, and even the second season was still okay.
However, as the third season came, I noticed myself rating Dark Matter down from 8 stars to 3 stars.
The reason for it is simple, the series has become boring.

I have to admit that I am someone who likes sci-fi a lot, and was more annoyed than happy to see all the elements that were re-used of sci-fi classics.
It is not weird that people call this similar to Star Trek, Stargate, and Battlestar Galactica, as this has become a mix of those series, instead of remaining with its own image.

Still, the reason for me calling it boring is that it is so tediously obvious what will happen before the episode is halfway.
It's something I do notice at some of the classic sci-fi series as well, but they're all on average about 20 years old by now.
Instead Dark Matter should be of this age, and well, while Dark Matter has that classic sci-fi look and feel, it just doesn't set enough precedence to stay alive based on just that.

When I'm completely honest, I believe Dark Matter might become one more TV series that has caused it's own demise...
It just has become a bad TV series...

watched the first two episodes...could get hooked...read it should get better in a while. maybe ill start again.....someday

I'm revisiting seasons one and two, in anticipation of watching the third season that has just begun to air. I think my fellow watchers' reviews are a little harsher than I would be. I find the premises rather fascinating: if you were reintroduced to 5 people you've closely worked with before, but have no recollection of, would you find similar attachments? Or, if all your crimes and antisocial behaviour were erased, would you fall back into the same mistakes? In essence, this series is a nature verses nurture debate. Are we the sum of our actions, or the outworking of our character? Are character and personality innate or determined by external forces? I think the writers have done a great job, the acting is well conceived, the incidental humour is infectious, and the relationships draw you in. I'm increasing my original rating of 7 (good) to 8.5 (compelling) out of 10, the initial increase of which it earns just by being something I would watch again (7s don't merit a rewatch, 8s do). Also a shout out to this being a Canadian production. I think we have become an international go-to source for good, solid SciFi. I love watching our Canadian born talent getting work at home.

Haha anthony lamke just the best of all 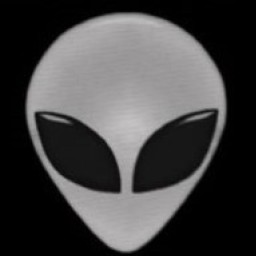 Totally love this show, Been waiting a long time for a Great Sci-Fi Series to return to the British Screens after Stargate finished, and this one Hits all the spots.
Picking Melissa O'Neil as the leader was a no Brainer, She's Pretty, Sexy, and her look when she's Pissed off is just Knee Bending shit, I love it.
Just hope It's a series that'll be given chance to play every season and not cancel half way through.

Anyway, If you love Sci-Fi and Sexy mean Women, pretty cute Girl Engineer, and a sexy Android, then Dark Matter is for you.

Just started watching this show and I'm impressed! I think I've been waiting for this show since BSG ended! 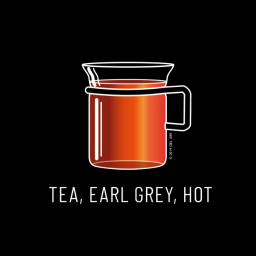 Liked it till the point they introduced Wesley Crusher as one of the bad guys. The show just went from decent watch to stay away in my book. Even the Android acts well than Wesley Crusher.

Stargate fans should be fine with it.