Not great, but definitively an interesting scifi show. It's a pity it was cancelled :-(

Where to start ? First, if you do not like cancelled shows that end in nothingness, don't bother watching.

Now about the show itself. It is one of those scifi shows that do not look very scifi. Which is probably due to budgetary reasons. It all looks pretty much like today and they are using SA-80 and Glock weapons that are painted to make them look a bit scifi. Yet, they can build enormous space ships and you have to assume they have FTL travel and that is a contradiction that doesn't work for me. And why don't they have no means of transportation on the surface ?
The plot starts pretty much out of nowhere with little information. The background is revealed the further the plot moves along. And, this being a british show it isn't focused on action but on story. This can be a good thing if you like that but at the same time it can be slow and boring if you don't. Which is a shame , really, because the story isn't bad. It deals with some very interesting morale isues about humantiy. Mainly, can we escape ourselves? I always thought the biggest obstacle to overcome is us. That could have been the strong point of this show moving forward. There was the potential. But it felt as if they didn't want to delve deeper into those issues, be it social, political or religous. Althought this might have been adressed later, who knows ?
On the other hand the characters are not very approachable, they are very clichéd. Not very likeable. I definately wouldn't have watch it for them.
Like every other cancelled show it leaves a lot of questions unanswered. I think I would have watched another season had there been one, there were some promising threads developing. But I don't think this could have run very long.

Try Earth 2 instead much better 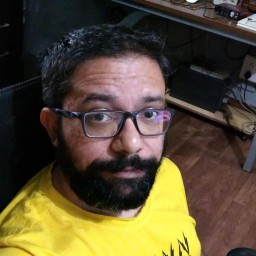 had a decidedly slow and unimpressive start.. but has got interesting now