I love episodes that deal with time because it can make your head spin if you delve into it. And it always makes for interessting angles.
For example: because they meet the Picard from the future the events have already happened at least once. Which in turn means that the Enterprise we see in this episode is not, can not, be the same as in the previous ones. Those had already been destroyed. I like that kind of stuff. But in general the episode lacks a bit of depth. What is that vortex, it's purpose and why does it all of a sudden wants Picard? Those issues are not addressed satisfactory.
While I can understand, or better imagine, how the occurrence of future Picard has an impact on present Picard I am irritated by his reluctance to accept him for what he is. After all he is an explorer and scientist himself and accepts the concept of time travel. That was a bit of a contradiction.
Troi is again feeling lots of things and almost gives us a When Harry meets Sally performance. She also seems to be some kind of magican. She leaves the bridge towards the end after Picard yet when he arrives she's already waiting in sickbay for him. Either that or Picard took the scenic route.

[6.3/10] Star Trek loves its doppelgangers. Kirk’s had to face himself in the form of androids, transporter malfunctions, and shapeshifters. Spock has his famously goateed counterpart from the Mirror Universe. The Next Generation already got in on the act with Lore, Data’s evil twin. If this franchise can find a way to duplicate its familiar faces, it will.

And it’s not hard to see why. For one thing, it’s a great way to introduce new (or new-ish) characters without having to pay a new performer. But more than that, it’s a vehicle to measure certain things about our heroes, to see what makes them tick by showing how just a slight move in another direction can change them. Introducing someone similar enough to be familiar, but distinct enough to feel foreign, helps inform the audience about what makes the main characters tick via the differences.

It’s also just cool. “Time Squared” is an episode that doesn’t work as well as it should, squandering an intriguing, mind-bending premise with a heap of stolid navel-gazing and dull storytelling. But it’s hard to deny the thrill of seeing the great Jean-Luc Picard yell at himself, converse with himself, and eventually shoot himself, from the sheer weirdness and novelty of it. It’s a gimmick to be sure, but one that’s worked so long for a reason (and, I don’t think it’s truly a spoiler to tell you that Star Trek will go down that road again).

Apart from the pure novelty, I think “Time Squared”, an episode penned by showrunner Maurice Hurley, is going for that “examine our protagonist through his duplicate” vibe. It starts with the big mystery of the hour -- where a shuttlecraft pops out of nowhere and not only bears the Enterprise insignia, but contains its own Jean-Luc Picard inside. The crew eventually figures out that this Picard is from six hours in the future, and via the shuttle’s log, learns that he abandoned ship right before his Enterprise was destroyed by a mysterious energy vortex.

As I often say, that’s not a bad setup. There’s an air of “Can you fight fate?” to the sudden race against time to figure out what that Enterprise did wrong and what they should do right to avoid destruction. It leads to some tepidly-written but conceptually solid philosophizing about whether they’re stuck in a time loop. And it involves some relatable second guessing and double-bluffing, flustering the normally unflappable crew and making them wonder if they should stick their usual methods, or if those methods are what got them all killed, or if thinking that and breaking from their usual methods is what got them all killed. It’s a brain-wrinklingly good dilemma.

Unfortunately, “Time Squared” also suffers from the standard early season affliction of an easily-guessed mystery that it takes the crew too long to figure out. I want to cut TNG some slack. I remembered this episode so I recalled the twist, and I’m sure that colors my impressions. But Hurley and company spend a lot of time on “Wait, negative polarity charges the shuttle rather than draining it!” and “Stimulants seem to depress the Picard duplicate’s system rather than activate it!” before they get to the “Immunity Syndrome”-esque realization of “Everything’s backwards!”

Worse than that, the acting is pretty bad in this one, and I say that as a lover of Patrick Stewart’s performance in the series. His wide-eyed terror as the duplicate Picard is showy and cheesy in a way that Stewart almost never stoops to. When Picard Prime is rattled by the situation, he seems out of character, even for someone understandably off-balance from all of this, seeming far more impulsive and angry than the captain we normally see. You can write some of that off to the scenario, but it doesn’t full sync with the performance. And Troi’s paroxysms after perceiving Duplicate Picard’s psychic trauma are downright laughable.

The pacing also suffers tremendously here. For an episode with what amounts to a countdown to disaster, it’s a surprisingly languid hour of Trek. Some of that’s intentional, with Picard trying to anticipate an unknown future threat when all he can do is wait. But between the meh initially mystery, and the long stretch where nothing really happens while Picard wrings his hands, “Time Squared” doesn’t really get interesting or exciting until the last ten minutes or so, when that wild energy vortex finally appears.

The best you can say is that there’s some cool effects going on. I don’t know if it’s a remastering thing, but there is something compelling about the translucent blue whirl sucking the Enterprise in, and the sense of inevitability when we see the ship blasting away with all its might and yet not getting anywhere.

Therein lies the big decision Picard has to make. So much of the episode centers on Duplicate Picard being unrecognizable to Picard Prime despite their common features. That comes down to Duplicate Picard leaving the ship to be destroyed, when the Picard we know and love would almost certainly go down with the ship. Picard Prime drives himself nuts trying to figure it out, referencing past time-dilated adventures (including the TOS slingshot effect used on TV and in film) and brow-beating his erstwhile twin over it.

But we get our answer out of nowhere when the vortex suddenly decides it hates Picard and lightning bolts both of them. There’s no motivation for any of this, beyond the Picards somehow deducing that the vortex sees the Enterprise as a foriegn invader and countenances Picard as its brain. So the reason Duplicate Picard left the ship is to draw its attention onto him and away from the ship.

The solution, then, is for Picard Prime to make a different choice. He shoots his counterpart and orders the Enterprise to go into the vortex rather than run away. It represents the heavily-underlined character trait Hurley wants to foreground here -- that Picard’s method is to act decisively and take things head on. To win the day, he has to symbolically kill the part of himself that would run or turn away, and to break out of this time loop, has to go directly at the problem.

You can see what TNG is going for with all of this, and there’s something to the connection between story, character, and theme there. But Hurley and his team garble the translation, with the story choices to get to that decision and the dialogue scenes in between showing neither grace nor tension nor, well, much sense before we get to Picard’s big saving throw.
What did he learn from his doppelganger? Essentially not to be timid, to favor boldness and decisive action even in circumstances when it seems questionable. I don’t know how I feel about that as a moral, and more to the point, it seems contrary to Picard’s greater characteristic as someone who is steely and courageous to be sure, but also thoughtful and methodical in his approach. It’s concerning that the showrunner, of all possible writers, doesn’t seem to fully understand that.

But hey, it’s still cool and a little paranoid watching two Picards stroll the bulkheads and not know for sure which is which. Timey-wimey nonsense is still neat, even if the episode bungles it and makes it surprisingly boring in places. The fundamentals are there in an episode like “Time Squared”; the show just can’t find the boldness or sterling execution that it so values in Picard himself. 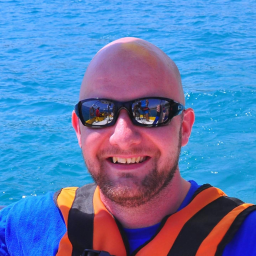 Didn't take long to lose track of which Picard was which when they headed to the shuttle bay!

It takes a confident man to make a decision like that, or, a reckless one!