Soap-y trash that if it weren't for the big name actors, it would have aired on Lifetime. Whodunit? The person that was accused the whole time. Wow, what a twist!

I'd be surprised if he doesn't win an Emmy for this.

Did I Saw the ending coming? No and Yes. I dont think that was the main point of the series.

I hope HBO don't spoil it by giving it a second season. Let a good thing be.

Well, that was a waste of several hours of my life. A piss-poor plot dragged out slovenly to an end that was unfulfilling and not set up well enough. The fact that they needed to takc a few minutes of the actors themselves explaining motivation/plot interpretation is evidence enough that this was a badly produced show. The draping of it in a-list actors didn't cover up that it was barely worthy of a 'TV Movie of the Week' status. Utter crap that we sadly got sucked into watching.

Well, thank you for wasting my time. And some one please teach Nicole Kidman how to act running. Seriously you should pay the directors for giving you screen time. Terrible ending to a terrible show.

That was a great episode of The Practice.

There's nothing to tell here. Skipping through the episode I'm thinking : " End already " 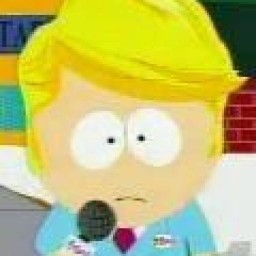 WOOOOW, that ending! It’s been a while since a show made me feel that adrenaline and rush! I could totally feel Grace’s pain, fear, impotence, I could feel Henry’s heartbreak, anxiety, terror and at the same time I was so mind blown by Jonathan’s confession of “yes it was me but that isn’t me” and I was still admiring Grace’s subtly and elegance in bringing him down!
For a second there they had me believing Henry was somehow involved cause there’s this trend of deranged kiddies (defending jacob, sharp objects) but immediately I was like it doesn’t make sense so you know if it took me 1 second to realize that henry couldn’t have done it it was just unacceptable that his own dad would so easily believe he did it! That’s when he lost Grace! Cause she can take murder, being cheated on, being scammed, being lied to, being humiliated on tv by a husband who says he loved his mistress, the illegitimate child and whatever else we can think of EXCEPT PINNING THE MURDER ON HER CHILD!
And Nicole looks gorgeous!