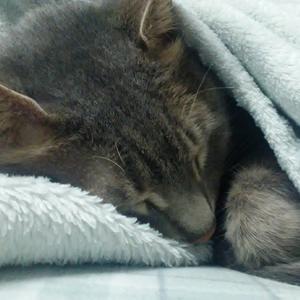 Very cute premise but why are only the main characters animals and all the other characters human? How is it theirs only one anthropomorphic guinea pig and thousands of regular guinea pigs? How how does the kitten keep showing up where it wasn't a minute ago? The animators must have had a field day.

I loved the premise. The acting was good. The pacing was slow. I liked the special effects. All in all not horrible.

I absolutely loath when series don't end. The story is not complete and this was a very interesting story.
I would have given it 10 stars if they had finished the story.

The Haunting of Bly Manor

The Haunting of Bly Manor: Season 1
8

It was not as scary as Season 1 (Hill House). I was expecting a horror story. What I got was a love story with ghosts.

We Are the Wave

We Are the Wave
4

Thought I'd give it a shot since it's only 6 episodes. The show is badly dubbed English from German. I might have liked it more if it was just subtitled. Watched half an hour of the first episode and just couldn't do more. I have so many other shows on my watch list to be watching something that does not spike my interest. Starting way to slow.

I really like this series. I will admit that season two was slower than season one. (I binged both seasons together.) I feel as though the show is following the growth of the BSU. And I glean this from the series itself not from any knowledge of the founding of the actual BSU or any research into the BSU. The way it's presented is that the BSU was founded to interview violent criminals to find out what makes them tick and to be able to use this information to predict who would comment a crime. Season one spent much time with the data of serial killers, gathering a base and trying to extrapolate from that. They even solved a few crimes from that information.
Season two built on that. They had interviews in the beginning, but then the Atlanta case became the fore front of the series. I feel the downbeat in the series is actually supposed to be - to set a tempo. I could be wrong but I feel it was directed that way to give the audience the feeling of restlessness. Not every case is tied up in a neat little bow and wrapped up nicely. The Atlanta Child Killer has never been prosecuted for all the children that were killed during that spree. And although the killings stopped after Wayne Williams was caught he was not convicted of any of the 27 child killings that were closed because he was "caught". They can't even connect all of the killings to him circumstantially. So, long story short... I felt as though the end of the season although complete was unfinished.
On another note, Bill has not taken to his family situation well. He has definite issues with his child that with his experience and his wife's knowledge of the situation, he has not thought out well.
Ford really needs to see that he might get different outcomes if he was a little more politic and not such know it all.
There was very little of Wendy this season. She should let her desires be known with her work. She did very good with the interviews as far as I could tell and she should be able to continue them and work on the scientific aspect also. One does not exclude the other.
I am anxiously awaiting season three.

Mune: Guardian of the Moon

Mune: Guardian of the Moon
7

I watched the English version. Wonderful animation. Needed a little more build up on the plot - they sort of throw you right in and the writing could have been a little more thought out. They threw a romance right in the middle of it that wasn't really needed, but all in all very enjoyable.

I am notorious in my family for liking bad movies and TV Series. Scorpion pretty much tops the cake of bad series. I especially dislike the fact that the series had a non-ending. It seemed to be cut off without realizing there was more to the story.

I very much dislike when a series non-ends. I was very much enjoying where the story was going.