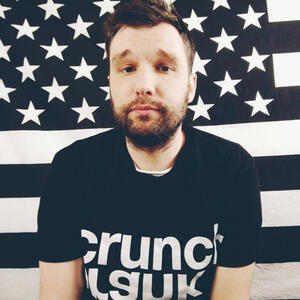 They shook up the (already unstable) mythology of the entire series in this one episode with the creation of the Spartan virus. I'm not sure if I liked how this went or not.

Without spoiling anything, get ready to experience some major feels in this episode. So sad :(

The episode itself was great though. The Trashman was brutal. I will say the only thing I was disappointed about was the fact this wasn't related at all to the infamous fourth season episode "Home". I saw the title was "Home Again" and was sooooo hoping it was a continuation of that one since the brother/father and mother of the Peacocks got away. Oh well.

It's been stated a couple times now, but again for those of you not aware, there is and has always been three types of X-Files episodes

This episode obviously fell into the third category.

That information aside, I feel like this was very close to hitting that nostalgic feeling of the earlier comedic episodes - but didn't quite make it. I definitely enjoyed it, laughed a lot, and watched it a second and third time. But I still feel like the second episode of this season is the strongest so far, then this one following, and the premiere tailing. I certainly can understand how newer fans of the show may be turned off by this one though - they're wanting aliens, conspiracies, flesh eating monsters, etc. But personally, I didn't think it was that bad.

So much better than the premiere. This episode was great. The plot of this one could have been plucked from when the original series was ongoing and you wouldn't even be able to tell the difference. If this is what the rest of season holds, I'm more excited than I was before Sunday's premiere.

Also, the actress playing Sister Mary looked very familiar so I looked it up. Turns out that is Christine Willes, who if you recall, played Karen Kosseff in the original series. She was, from what I gathered, a psychologist hired by the FBI to assist agents - and Scully talks to her in more than a couple episodes.

While I overall enjoyed the episode due to the familiar faces and the phenomenal acting by Gillian and David and the rest of the actors/actresses, it was a bit of a disaster as it was just an information overload. I understand they are having to pack a lot of mythology in fewer episodes considering this is a shorter season and they themselves don't know if they will return after this one, but I had to do lot of pausing and rewinding. Hopefully the rest comes at a much slower pace.

This really wasn't an educational documentary - more just a heart-warming tale of the first year journey of a mother bear and her cubs. So while it was entertaining, I was a bit disappointed with the lack of information it provided.