I find it really tough to rate this show. The majority of it, is just pretty meh/fair (5-6/10). But there are a lot of exceptional highs. Lots of arcs well deserving of high 8-10/10 ratings. However, as well as the highs, there are also many lows. For me, the show was just very inconsistent in terms of how captivating it was. There were times where I had to sludge through 4 episodes in a row that were filled with corny dialogue and boring plotlines, and that's without me even mentioning Jar Jar or Padme episodes. But there were other times where I was on the edge of my seat for a 4 episode arc.

In the end, I have to settle with a good score of 7/10. If I were to take an average of all my ratings throughout the show, it's probably more like a 6/10. But as a Star Wars fan who was very much satisfied with the good arcs, I bump that 6 up to a 7.

Very entertaining, I enjoyed this very much. Took me about 10 days for the whole show.

Lots of action, space battles, ground battles, Lightsabre fights. But what really makes it worth watching is the writing, some really good story arcs that complement the whole saga.

I would recommend this wether you're a Star Wars fan or not.

Finally, an animated cartoon series for adults that for once is not coming out of Japan. And its computer animated on top of that!

The reboot of the tv show can without a doubt be called successful. Star Wars: The Clone Wars is filled with action, comedy and to some extend drama. A lot of planets and species from the movies, comics and books are in this tv show. The story takes place between episode II and episode III of the movies, right when the war between the Separatist Alliance and the Galactic Republic is at his peak.

The computer animation is very nicely done. Its a unique melding of both CGI techniques and Japanese anime. The characters look kinda cartoonish in a way. Its very colourful and creative. I like it very much.

Only a few episodes in my chronological journey with this and all I have to say is this Anakin can GET IT!!!! :hot_face::sweat_drops:

I'm not sure how much time has passed since Episode II but Anakin has a major shift in character from the movie and series. The film has him half off his rocker and yet in this series he seems so well adjusted lol.

Some of the best storylines in all of Star Wars with the Mortis in s3, Maul in s4&5, Yoda in s6, and the incredible final 4 episodes that rival any movie. The early seasons especially though are just too inconsistent, up and down and all over the place tonally. There are about 80 skippable episodes so it's hard to give the series as a whole a great score despite some 10/10 arcs.

Yeah it's a kids show, but that doesn't mean it can't be great and have a lot of depth
These characters really make me love the prequels

Just finished it. It's way better than I expected, with good plot, good new characters and backstory for old, loved ones.
Highly recommended!

The scowling in this show is top tier.

I am glad they made this last season, it was epic. It made the hole star wars saga complete.

Expands the universe not only with the old characters but a large selection of new ones that have unique personalities, circumstances, and stories. Sadly this is something Disney has been drawing away from with their newer shows.

Perhaps the best entry in the Star Wars franchise after the Original Trilogy which provided a lot of backstory about Clone Troopers, Ashoka Tano (who should have been included in the movies), Count Dooku and how Darth Sidious A.K.A Chancellor Palpatine actually controller both sides and almost wiped out the Jedi Order.

The show gets a lot better in the later seasons. There are some episodes that are not necessary to the main story but they give us the time and moment to get attached with characters and some notable clone troopers like Commander Rex, Echo, Fives, Tup. The show fulfils its purpose to depict what happened between Episode II and Episode III and the final season couldn't be better.

Being an animated series it never shies off when coming to the darker elements of the Star Wars universe. With its beautiful graphics, intense action sequences and some high moments, this lived up to its expectations. The good thing that happened in The Clone Wars is this didn't dwell on something that is already shown in the prequel trilogy and it is not centred around a few characters which introduced us to a larger universe. This is a must-watch for every star wars fan and if you are new to the universe at least watch the prequel trilogy.

As a first time watcher of Star Wars, clone wars is what has got me hooked into this universe. Great character development, great action and great story telling. Excellent show.

This is an interesting show that can be a bit hit and miss.
I think it struggles with identity, not knowing whether it’s telling serious Star Wars stories or catering to kids who like PEW PEW BOOM.
As an adult it’s at its best when particularly towards the end they take it seriously and add depth to the Star Wars Universe and story.
Unfortunately it’s pretty scattered in terms of the good and the bad. I had seen some guides online to watching interesting episodes which might save some time.

Hit and miss at worse it’s just a kiddy Star Wars after though but at best it really adds to it. 7/10

Ahsoka is great it's good to see a live-action version

Clone Wars is the best SW related media out there next to the original trilogy (and some books). Some arcs and especially the last one in S7 are up there as the most amazing stories from this universe ever to be put on screen. 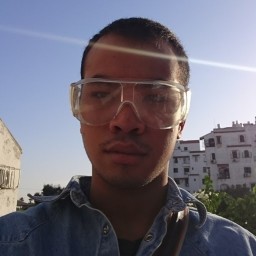 Another season is confirmed, and looks great

only in germany will it be a torrent and in English